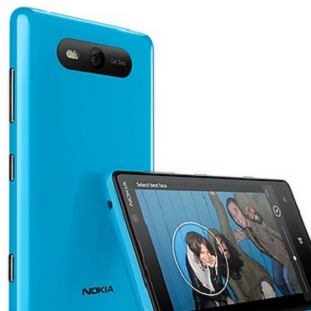 Nokia is one brand which has always mesmerized the tech world with its extra-ordinarily high performance gadgets. Nokia always focuses on customer satisfaction. This time, Nokia has come up with Windows 8 phone Nokia Lumia 820. The company has launched the latest Lumia 820 in India for Rs. 27559. The newly launched Lumia 820 has incorporated wireless charging in order to boost up batteries. Let's find out Lumia's other interesting specifications.

Nokia Lumia 820 is another mind blowing device by Nokia. The phone is packed with internal and external power factors. It comes with Dual Core 1.5 GHz Krait processor, Qualcomm MSM8960 Snapdragon chipset, Adreno 225 graphics unit and 1 GB RAM which ensure high performance. It comes with 8 GB internal flash memory and 7 GB in sky drive. Using a memory card, memory can be expanded by up to 32 GB. New Lumia 820 comes with latest Windows 8 Operating System, powerful chips and processor. The stunning performance of this device can be credited to the latest technologies it uses. This latest Lumia 820 offers better battery performance. The BP-5T 3.7V 1650mAh battery has a life of around 24 hours. 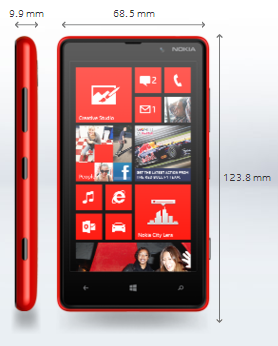 New Nokia Lumia 820 has a mono block form factor which is quite similar to Nokia Lumia 920. It incorporates scratch-resistant gorilla glass. Its dimensions of 123.8x68.5x9.9 mm and weight of only 160 grams make it easy to handle and gives a solid feel. The Lumia 820 is available in different colours like Black, white, Yellow, Red and Cyan. The simple but compelling aesthetic beauty of new Lumia 820 will definitely win customers' hearts. Indian market is always open to aesthetically rich smartphones and Nokia has used this factor very well in Lumia's marketing.

Nokia Lumia 820 comes with impressive connectivity features. It is a powerful smartphone compatible with GPRS (2G), EDGE/EGPRS (2G), HSUPA (3G), GSM (2G), HSDPA (3G) and WCDMA (3G). It many other features too. A good thing about Nokia Lumia 820 is that it supports a Wi-Fi which is 802.11 b/g/n. You can easily use Bluetooth for faster wireless data transfer and wireless charging to boost up the battery. The device has a micro USB 2.0 port.

Other features of Nokia Lumia 820 :

The new Nokia Lumia 820 is quite similar to Nokia Lumia 920 which was a little low on features but most of the features are same in both devices. In Nokia Lumia 820, music features includes music player, media player, audio streaming and dolby head phones. Multi microphone is used for noise cancellation. Nokia city lens gives proper routing of ways.

What to expect in the Nokia Lumia's box? 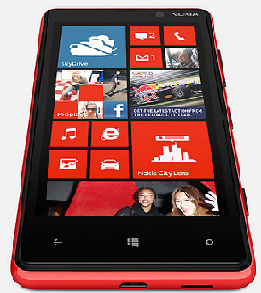 The new Nokia Lumia 820 is launched in India for Rs. 27559. If you want, you can buy this phone online from this link. You get interest free EMI and free shipping on online shopping.

This article talks about the comparative study of the 3 new smartphones of Nokia i.e. Nokia Lumia 810, Nokia Lumia 820 and Nokia Lumia 822. From this comparative analysis, you will get a real picture of these three devices and also helps you to know which one is better. For more details read the article.