The company Micromax unveiled its first 3G Wi-Fi router in India in form of Micromax 400R product that matches the global and local needs of a particular society. The particular product 400R has been into many versions and the latest update has been sensational nothing but its pocket wireless router and enabling unmatched 3G speed. The smartest gadget powered by a very dynamic company has seized the opportunity to have the ultimate empowerment in pocket routers as the popularity of the gadget reportedly has touched 85 percent. Manipulating the scenario, Micromax has also brought in the inbuilt USB connection in the device to get high proclamations. Take a general look at its custom features and the customizations along with its latest addition in the new version that has thumped the product high time in last 8 months of time. 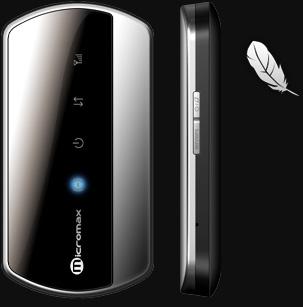 1. It has a wide range of coverage accessible to about 10 metres from the input of the device where it is connected. It is really easy to install and start within few minutes since its working is quite hassle free.

2. Provides ultimate surfing for 4 hours on a continuous run. It means that no office or handful work would remain out when this device is running. It has a good standby time of 10 hours which is extremely useful.

3. It enables users to connect up to 5 devices simultaneously without any block, neither deals in slow speed. Good running speed maintaining a constant 3G connectivity for your laptops and mobile phones.

4. Its dimensions are 95.5mm x 51mm x 14.8mm. Its stupendous battery power has given a serious back up during tough times. GPRS connectivity upto 3G speed is experienced in mobiles and notebooks.

5. 2.4GHz is the normal frequency bandwidth of the device. It supports really well on almost all platforms of Windows and Linux browsers. Opera and mobile GPRS best supported with this pocket 3G router.

6. Normal weight of the device is 60 grams which is usually good for any Wi-Fi providing electronics. For faster internet access, all you need to do is activate a particular 3G data sim card, insert it within the router and you will be done with the ultimate experience.

7. Very handy for moving outdoors since it is portable. One USB slot provided to connect any external device for data exchange. External memory supportability upto 16GB. 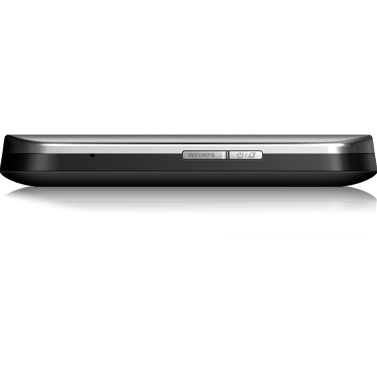 One handy advantage of this particular device is its probability to enhance multi user data connection which means more than one device can work with it simultaneously. It is certainly one of the pocket wireless routers available in the country with top priority. The operating system on which this device is employed is quite independent and safe to work with. Good security measures have been employed to ensure safer and faster data usage without allowing any guest from outside without prior settings and password. WPA and WEP are enabled inbuilt to provide a good protection. IP address monitoring, DHCP Server, static routing, VPN passthrough and SNTP Supportability makes it stand huge in respect of other routers available. Micromax is holding the edge against its competitors like Sony, Netgear, iBall and other top names.

Taking about its disadvantage, well very little can take apart from this gadget. We found that device capability of handling external USB connected PC high speed internet was under a scanner a bit. The same thing was rectified earlier in the BSNL 3G Wi-Fi router check up while being provided with this feature now. Also it was noted that device does not extend on newer mobile browser platforms. So just a concern there, but everything seems all right for this gadget to get the top name in India since highest sales were recorded in the year 2011.

Techulator's ratings: 9/10
The best available and most secured 3G Wi-Fi enabled router in India at present.

Today in this article I'm going to share you some of the features and price review of the newly arrived portable 3G Wi-Fi router Micromax MMX 400R. By refering this article you come to know more about how to buy online and so on.