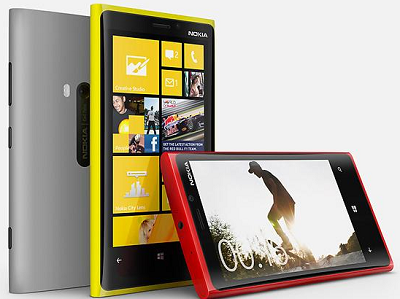 Nokia is one of the best manufacturers and topmost developers of mobiles and smartphones. It continues to be on the top in 2013 by launching their first Windows 8 smartphone Nokia Lumia 920 in India for 38,199/-.

In Lumia 920, they have added bigger display, substantially higher capacity battery, fourth-generation technology support and more. One of the attractive features is its wireless battery charging facility. This will attract the youth in Indian Market.

Let's look at more specifications of latest Nokia Lumia 920 launched by one of the best mobile manufacturers.

Nokia Lumia 920 is another mind blowing device by Nokia which is totally power packed. This device comes with a dual core 1.5 GHz Krait processor, Qualcomm MSM8960 Snapdragon chipset; Adreno 225 graphics unit and 1GB RAM which assures the better performance of the device. Windows 8 It has 1000 MB internal memory which ensures smooth performance and helps users in multitasking with 32 GB internal flash memory ensuring compatibility with these kind of gadgets and 7GB in sky drive with latest technology. It comes with a better battery performance support with BP-4GW 3.7V 2000mAh. 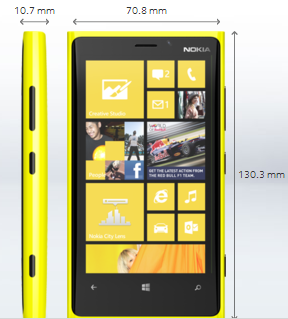 New Nokia Lumia 920 comes with an eye catching 4.5 inches display. The device has been designed with 16M-Color, IPS LCD capacity, Touch Screen with a resolution of 768x1280 pixels. The Display resolution of this phone enables the users to enjoy maximum display which adds to better camera experience. It has mono block form factor similar to that of previous versions of Nokia like Nokia Lumia 800, Nokia Lumia 900 and Nokia N9.

It has dimensions of 130.3 x 70.8 x 10.7 mm and weighs about 185 gm ensuring easy handling of device. It's available in four colours like Black, Yellow, Red and white. It's attractive looks do tempt the customers.

When it comes to camera features, the newly launched gadget from Nokia doesn't disappoint the users. Nokia has designed it with an 8.7 Mega Pixel camera with a 26 mm wide-angle F2 lens by Carl Zeiss and a smartly designed sensor, which allow you to produce 8.7 MP photos with 16:9 aspect ratios. This device has a 3552 x 2448 Pixel(s) picture resolution and better zoom features of 4X. Camera of Nokia Lumia 920 is a key feature of this device with Nokia pure view camera, Dual LED flash, Touch focus, Auto and manual exposure, Geo tagging, Auto and manual white balance, Landscape orientation, Exposure compensation, Still image editor, Face recognition, Full screen viewfinder and Automatic motion blur reduction with 1.3 MP Front camera which is extremely good for video calling.

Nokia Lumia 920 comes with impressive connectivity features. It is compatible with GPRS(2G), EDGE/EGPRS(2G), HSUPA(3G), GSM(2G), HSDPA(3G) and WCDMA(3G). It supports Wi-Fi with 802.11 b/g/n. This device has been provided with Bluetooth v2.1 for faster wireless data transfer. The device has micro USB 2.0 port.

What is in the Box 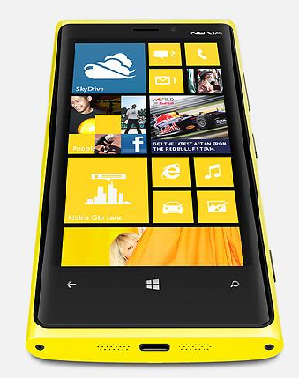 Price of Nokia Lumia 920 in India

The price of this exciting product in India is 38,199/- only. You can also buy it online by using this link.