Microsoft Surface Tablet is the answer to iPad or the Nexus 10 tablet, from Microsoft Company. It is a smooth, bright surface and is more strong. It's a top gadget from Microsoft and is quite interesting new tech. It is not only a tablet/laptop of hybrid quality but is a sample showcase for all-new Windows 8, with Radical's new operating system. 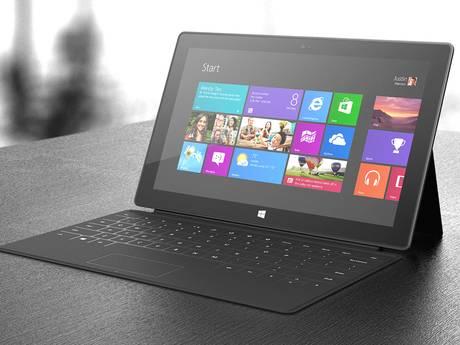 Storage: Microsoft Surface Tablet/Laptop has an incredible memory capacity of about 32GB as well as of 64GB. In addition to these, Microsoft Surface has an extra 64GB memory on an SD and also another 64GB on micro SD card and variety of options of extra storages (memory slots) on a USB.

What else: Microsoft Surface Tablet comes around with 2GB of RAM (Random Access Memory), Wi-Fi network connectivity and a device detector in order to sync with any phone and many other devices like tablets and game consoles easily.

Does the Tablet work?

Cons: Although having such versatility, Microsoft Surface has some negative treats. One of the best examples regarding this case is the Microsoft's Bing which is the default search engine and Internet Explorer which is the default browser of the tablet. They are harder but not impossible to be changed.

Is Tablet worth the money?

Microsoft Surface Tablet costs around £500 in the market place (costs £399 for just the tablet and costs £479.00 with cover and £559.00 with cover). However there may be discount on its price rate while shopping it on online purchasing websites.