Samsung Electronics Co., Ltd., the giant manufacturer which consistently produced the world's most widely recognized smartphones is back to the limelight with another release Samsung Galaxy S II Plus. On one hand while Samsung is marking the venture of highly efficient smartphones, on the other hand it looks like the era of repetitive releases has begun with a minor bump in the old features and specifications. 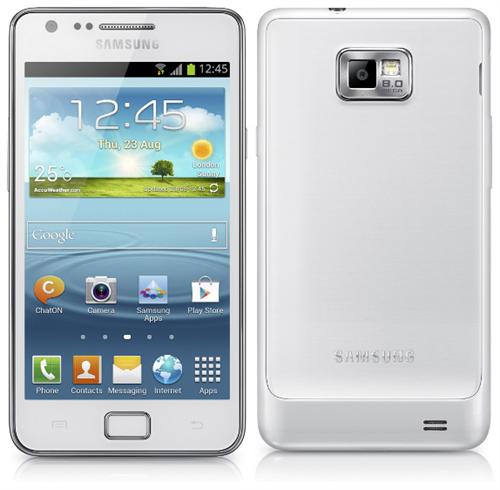 The nature inspired interface facilitates smooth transitions on the screen and enhances your gaming experience to a greater extent due to the superior graphics equipped. The Samsung Galaxy S II Plus is powered by a dual core processor clocked at 1.2 GHz. Dual cameras are equipped in this smartphone. The rear camera is of 8 MP which comes along with auto focus and LED flash capabilities along with a front facing shooter of 2 MP. The zero lag shutter speed function is provisioned in the camera using which you can click photos in motion effectively without any lag.

The Samsung Galaxy S II Plus is functioned by 1 GB RAM and the internal storage comes with 8 GB. However it is expandable via microSD up to 64 GB. Connectivity options for this smartphone vary from GPRS/EDGE, 3G, Bluetooth 3.0, Wi-Fi 802.11 a/b/g/n, Wi-Fi Direct, USB 2.0 and GPS/GLONASS support. Also NFC (optional) variants are also manufactured.
The battery strength is of 1650 mAh, 100 mAh greater than Samsung Galaxy S II. The smartphone also comes with the following add-on features.

Direct call – Dial a call automatically by just taking the device close to the ear.

Smart Stay – The device will recognize whether you are looking at the screen or not and will dim the screen accordingly.

Smart Alert – Just pick up your phone and you will find all the missed events and updates all at once.

Pop up Video – Play videos anywhere on the screen while working on multiple tasks simultaneously. You get the privilege to resize the window and perform multiple tasks on the side.

S Voice – Control the phone by just using your voice.

Voice Unlock – You can now unlock your phone by using your own voice.
Buddy Photo Share – Click a picture from your camera and share it directly to the social network sites.

In addition to all these Face Zoom, Group Facetag, access to Samsung Hub, Readers Hub, Game Hub, Video Hub and Music Hub to thoroughly explore the heights of entertainment quotient. Here is a quick rundown of the key specifications of the Samsung Galaxy S II Plus.

Also See: Samsung Galaxy S6 Edge+ smartphone - What is new in it?