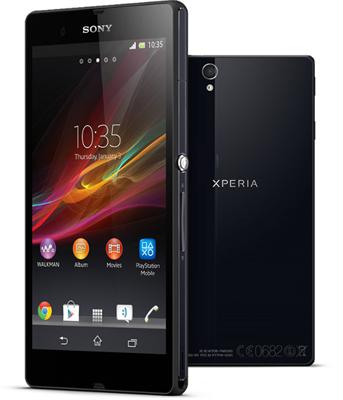 Sony Mobile Communications, leader in producing innovative technology devices has made an entry into the hearts of millions around the globe with its long line of electronic equipments which includes smartphones, tablets and other accessories. Sony has already become a prominent player in the world with its majestic network of market spread across continents. With the Xperia smartphone portfolio, Sony Mobile Communications has been the forerunner in delivering the best of Sony technology including premium content and services which make connectivity easy with Sony's world of networked entertainment experiences. The Consumer Electronics Show (CES) 2013 has also become a platform for the company to unveil an array of new products including Televisions, Home audio and video, digital cameras, camcorders, digital imaging accessories, personal audio accessories, mobile electronics, Sony Xperia Smartphones, Sony Xperia accessories, and Home storage accessories.

Sony Xperia smartphones have already become one among the leading brand which already had been a companion to many around the globe. Sony Xperia Z. Being one of the most anticipated products has debuted in CES 2013 with a handful of grandiose features. The Xperia Z would be such a device which stands out delivering wonderful experience for customers which would eventually take Sony to be the leader in the smartphone market. The unmatched specifications and vibrant design of the device has already forced smartphone lovers to know more about it. With Sony's media applications, one-touch functions and stupendous battery life, the Xperia Z will help people to create, enjoy and share contents with ease. Before pre ordering the device, it is being suggested to go through the specifications, features and price.

Sony Xperia Z spots a 5 inch HD Reality Display with 1080p x 1920p resolution. The device is equipped with a durable glass display which is dust and water resistant. The IP 57 certified water proof device will deliver protection for 1 metre and 30 minutes. Powered by a 1.5 Ghz quad-core Qualcomm MDM9215M / APQ8064 processor and 2GM RAM, the smartphone runs Android OS, v4.1.2 Jelly Bean OS which can later be upgraded to Jelly Bean v4.2. Regarding the camera optics a mammoth 13MP camera capable of delivering faster shots will feature Exmor RS for mobile, HDR video, superior auto and noise reduction which can capture the best pictures and videos. This innovative device which offers the best of Sony's unique technology combined with alluring design will more to the lifestyle of the present generation. More interesting the Sony Xperia Z features Exmor RS for mobile which is the first image sensor in the world with HDR (High Dynamic Range) video for smartphones.

The Sony Xperia Z comes preloaded with the "WALKMAN", Album and Movies apps while helps to access online and offline content. Using the 'WALKMAN' application, users can download music from the collection of 18 million songs available in Music Unlimited. The movie app gives choice to the consumers to browse through more than 1 Lakh movies and TV series from Video Unlimited. For connectivity the Xperia Z does have GPRS, WLAN, Wi-Fi 802.11 b/g/n, Wi-Fi Direct, DLNA, Wi-Fi hotspot, Bluetooth v4.0 with A2DP, NFC, microUSB v2.0 (MHL) etc. The exclusive one touch function will help users to share contents from their smartphone to NFC-enabled Sony TVs. The newly announced BRAVIA TV will be perfect companion to the Xperia Z as with a simple touch to the remote control of the TV one can enjoy photos and videos taken on to the phone much larger on the big screen. A non removable Li-Ion 2330 mAh battery will lend support up to 11 hours of talk time and 40 hours of music play.

Expected to launch in March 2013, the Sony Xperia Z will be made available in UK, USA, Australia, India and other countries too. After the official announcement by Sony, prominent retailers like Phones4U, Vodofone and Clove have announced its plans to sell the smartphone in United Kingdom. Clove has finally announced the price of Xperia Z at £440 with no value-added tax while at £528 unlocked, SIM-free version with VAT included.

Can you tell me which is the best shop to buy Sony Xperia Z? Where can I find some good deals?