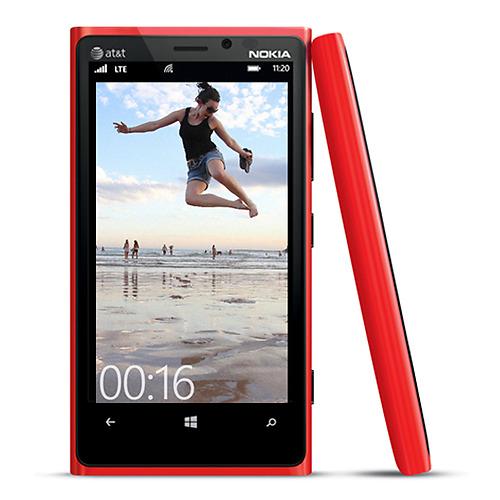 So, the wait is over! The first Windows Phone 8 powered smartphone of Nokia, the flagship Lumia 620 and 820. But we can say that the technology it equips with, satisfies this price tag. And some websites display the price as below 25k which would be never possible for Nokia, so don't believe in that. Expected price will always be above Rs.30,000, never doubt in that because it is packed with such stunning features that will be explained below.

When coming to the features, the first priority is to Nokia's PureView camera technology. Instead of older FSI sensors, PureView camera uses BSI sensors that delivers better quality images even in the lower lights. And Lumia 920 also has an Optical Image Stabilization to give you the best images even in the night times. It's primary camera is of 8 mega pixels and it features Carl Zeiss optics, touch focus, geo tagging, auto focus and dual LED flash. There is also a secondary camera of 1.3 mega pixel for video calling. You can shoot HD videos of 1080p@30fps quality and it also supports video stabilization. Another catch features of this device is it's wireless charging technology. You can start charging by simply placing your phone onto the charging plate provided in the box.

Sporting the latest Windows Phone 8 operating system, this Nokia Lumia 920 is powered with 1.5 GHz dual core Krait processor, Adreno 225 graphics unit, Qualcomm MSM8960 Snapdragon chipset and 1 GB RAM to have a lightening fast. It's display features 4.5 inches IPS TFT capacitive touchscreen that has 332 ppi pixel density for crystal clear display. It supports multi touch and it also features PureMotion HD+ display and is protected with Corning Gorilla Glass 2. Nokia promises that you will have the best and brightest touch screen ever, on this device.


It uses microSIM and don't have regular SIM slot. It weighs 185 grams so that you may find it a little bit heavy on your hands. But that does not matter if you can hold 400 g tablets! It is 130.3 in length, 70.8 mm in width and 10.7 mm in thickness. It does not have an expansion slot for memory but you have whopping 32 GB in-built storage and 7 GB free SkyDrive storage. About the connectivity options, it comes with almost everyhting except an HDMI port. It is packed with high speed HSDPA 3G, WiFi with hotspot, DLNA, NFC, GPS and a microUSB port for connecting your device to any other devices. Just like any other high end smartphones, it has HTML5 browser for excellent internet experience. The Lumia 920 is powered by a Li-Ion 2000 mAh (BP-4GW) standard battery that keeps a talk time of up to 17 hours.

A few cons that would be found in Lumia 920 are, no radio, no SD card slot and does not support Java apps.

The Nokia Lumia 920 is expected to be released in India in the first week of January. Price is not yet confirmed but expecting it to be around Rs.32,000. After the release, you can buy online from any of the