Dell unveiled many new graceful offers under its XPS series with Windows 8 platform giving full touch functionality as well as metro interfaces & Win-8 charms. The revolutionary transforming ability of devices makes them more fascinating and interesting. My last post on Windows 8 Tablet and laptops from Dell – Part 1 was covering devices in Latitude series of Dell and this time, I am going to cover two amazing convertible laptops from Dell's XPS series.

Here, first I shall describe XPS 10 tablet with longer battery backup as well as a rear facing camera and my next pick would be XPS duo 12 convertible tablet with 12.5 inch full HD display screen & Ivy Bridge core i5 processor. 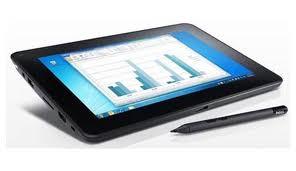 Under its most familiar XPS series, Dell announced less than 10mm thick Dell XPS 10 convertible tablet/laptop that caters to the daily requirements of users. It is an ultraportable laptop with a keyboard dock that allows the tablet to transform into a standard laptop.

It has a 10 inch bright and crisp display with touch ability and a rear-face camera for taking snaps. The device is well engineered to be powered by a Qualcomm's Snapdragon S4 ARM chip clocking at 1.5 GHz. The device will run on Windows RT, a companion operating platform of Win-8. The keyboard dock also comes packed up with an inbuilt small battery which helps improve the system's battery backup to double i.e. up to 20 hours when docked through this system and up to 10 hours of backup when undocked.

Operating on win RT system, it can access only Modern UI/Windows 8-style as well as UI/Metro applications and fails to access traditional desktop apps but an advantage is that RT devices are less expensive and run on ARM processors. 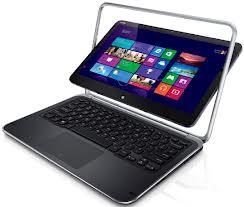 Dell also unveiled its new flip screen ultrabook – XPS Duo 12 with 12.5 inch touch screen display as well as 1, 920 x 1, 080 pixels of screen resolution. The display screen is covered with edge to edge layer of Coring Gorilla glass protection. The device is transforming in nature. It has flip hinges for converting the tablet to ultrabook and vice versa. XPS 12 display gives very sharp and clear images with its full HD technology.

This hybrid machine from Dell is designed with aluminum and carbon fiber constructive body with touch pad and backlit keyboard. The device runs on Microsoft's new flagship operating system and has access to both Modern UI/Windows –style UI Metro as well as traditional desktop apps with its X86 architecture. The convertible gadget incorporates a touch pad and a backlit keyboard.

This is one quite expensive laptop by Dell that will be priced at $1,199.99 for customers.

It has a fast Ivy Bridge Core i5 processor, Win-8 platform, transforming ability as well as Full HD Screen. The full HD display allows the system to deliver up to 97% more pixels than other HD display laptops.

Its flipping hinge built is suspected not to retain for years.

12.5 inches Panasonic Toughbook C2 convertible laptop is one of the main competitors of above mentioned Dell laptops. Toughbook C2 is one of the most reliable hybrid tablets/laptops with an electronic digitizer pen, a spill-resistant magnesium alloy case as well as shock-mounted flex-connect HDD.

In my earlier posts, before Dell laptops, I covered a variety of Windows 8 computing devices in respect of their costs and different makes. My first series covered cheap Windows 8 laptops and the next series was on HP based laptops .