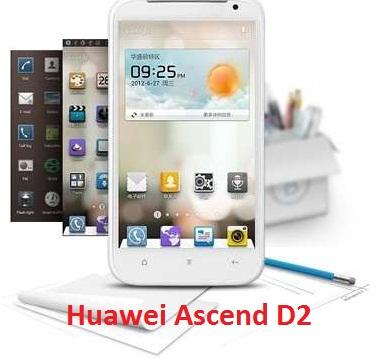 Huawei Ascend D2 has dimensions of 71 mm height, 140 mm width and 10 mm thickness. It weighs 170 grams. This phone will be available in capacitive touchscreen with 16 million colors and has a resolution of 1080 pixels width and 1920 pixels height. It is a 5 inch smartphone with 441 ppi pixels density. The internal memory and RAM features are not yet available. These details will be updated when the company announces the smartphone. It has an external memory card slot which supports up to 32 GB external memory cards. This phone supports 2G, 3G and 4G networks. Huawei Ascend D2 has Wi- Fi, Bluetooth v4.0, NFC and micro-USB v2.0 facilities. It has 13 mega pixels primary camera on the rear side of the phone with LED flash facility and a 1.3 mega pixels secondary camera on the front side of the phone. Also, it has a video recording feature up to 1080@30fps with Geo-tagging and face detection facilities. Huawei Ascend D2 runs on Android 4.1 Jelly Bean OS or Android 4.2 Jam Vegetable operating system and is powered by Huawei K3V chipset. This phone has Quad-core 1.5 GHz Krait processor. It supports Java, GPS and Radio facilities. Huawei Ascend D2 will available in Black and White colors. This phone supports only Micro-SIM cards. It will be available with Standard Li-Ion 3000 mAh battery for backup. Standby time and Talk time details are not yet available.

The price of Huawei Ascend D2 is estimated to be $635 (Rs.35,000 in India). I am not sure about the price as this phone is not officially announced yet. It will be announced on February, 2013 and will be available in second quarter of 2013. Ascend D2 screen resolution is mostly used in tablets.