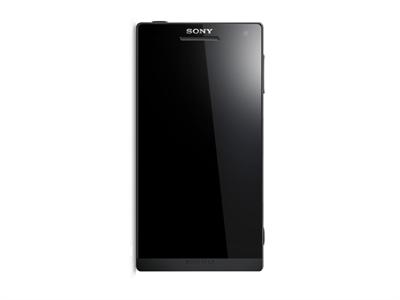 With 2013 waiting to get a grand reception, smart phone manufacturers are gearing up to unveil devices bundled with spectacular features. The best part will be the 5-inch screen with 1080p resolution and mammoth camera optics. With weeks left for the Consumer Electronic Show and Mobile World Congress, fresh information related to Sony's upcoming flag ship C660X Xperia Yuga surfaces online. According to various tech blogs and websites, the new member to be added to Sony's family will hit the market dubbed as 'Xperia Z'.

For the past couple of months news related to Sony Yuga was budding up giving substantiate information about its primary specs and features. As on now further news will be circulating around 'Xperia Z', earlier known as 'Yuga'. More interestingly, the Sony Xperia Z will be a tough contender among smartphones having 5-inch screen with 1080p display. Samsung Galaxy Note II, HTC Droid DNA and Oppo Find 5 and few others will get strong competition from the new Sony Xperia device which is equipped with a handful of unique features.

Regarding the camera optics, a 12 or 13-megapixel rear camera with Exmor RS CMOS sensor will bring perfect shots of HD quality. The major highlight would be the IP55 and IP57 water and dust resistance certifications also spotted in Xperia V, Xperia Tablet S and HTC Butterfly.

As Sony Mobile has not widely used the OptiContract in its smartphones, would make a leap forward updating it in its upcoming models in 2013. For more excitement, Xperia Z's 1080p display will get OptiContrast technology which is commonly found in Sony Televisions. This advanced technology offers vivid colour with high contrast. With 2GB of RAM, microSD expansion, HDMI-out port and unibody frame, this smartphone will make its way in at the Consumer Electronics Show in Las Vegas during January 2013.

So as expected, coming year will see the launch of a long line of smartphones and tablets with improved features aimed at reaching more hands.

Sony Xperia Z table full specifications and features and availability in Japan are given here. Sony Japan has announced yet another tablet, the Xperia Z which comes with waterproof and dustproof as featured in its Xperia Z smartphone. The other major highlight of this tablet would be its 10.1-inch full-HD display, 1.5GHz quad-core Snapdragon S4 Pro, 8-megapixel rear camera, Android 4.1 (Jelly Bean) OS and 6,000mAH battery.