HP All in One PCs from Envy series :

Being one of the most reliable techno-gadget makers, this time, HP has come with a number Windows 8 devices packed with touch capability as well as awesome features for its customers. Besides producing a number of Windows 8 laptops, HP also announced revealed its many All in One desktop PCs.

In my last post AIO Windows 8 PC from HP: Part-1 of this series, I covered devices from Pavilion and Spectre family of HP where in I included Pavilion 20 and HP Spectre One AIO PCs and this time I am going to explore some more such PCs from their ultimate Envy family. 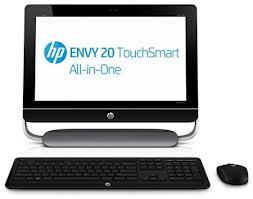 This is a 20 inch medium sized multi touch All in one PC with TouchSmart display capability. The compact designed PC has a free standing monitor as well as edge-to-edge glass. It is energized with a third generation Intel Core processor with up to 3 TB of storage and Solid state drive giving fast boot up. It has a TruVision webcam, a TV tuner, a blue-ray drive, beats audio technology as well as an HDMI-in port.

Being running on Windows 8 technology platform the device is capable to handle Windows 8 gestures and technologies as well as capable to accessing traditional desktop and Metro interface/ Widnows-8 style applications via windows 8 store.

A number of additional entertaining apps for music, photos, Ethernet, Beats audio as well HDMI connectors for video streaming available on dev ice. An embedded sensor on system's base allows user log into device and for transferring files to machine. The user can swipe sticker to any NFC capable smartphone or device equipped with NFC transmitting sticker.

HP set the price of this All in One PC at the starting price of $799. 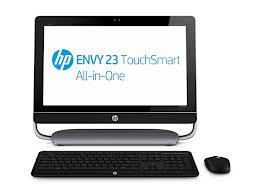 It features 23 inch large PC with 1080p full multi-touch screen showing flush-glass display and 10-point touch capability. This is a compact designed and powerful machine than its other companion Spectre One All in One PC and having a free-standing built plus edge-to-edge glass.

Running on windows 8 operating system the device comes packed with a number of astonishing features. HP designed its Envy 23 TouchSmart PC is remarkably designed with great features like a sensor at the base of standing device for transferring files to system by swiping an NFC-compatible device but this device should also be packed with an NFC transmitter sticker.

HP Phoenix h9 is the Windows 8 desktop PC model from HP with an ultra thin HP x2401 LED monitor is designed to perform on power-hungry apps. This post covers specs, price and reviews for this desktop PC.

HP All in One Desktop PC's with Windows 8 | Reviews, Features and Specifications

If you are surfing for recently released Windows 8 All in One PCs, you should read this post to find out specs, price and reviews for some of such PCs from HP available to order online at major retailers.

Need a clutter free powerful desktop PC? We got our hands on the newly launched HP Pavilion Desktop Mini and decided to check out its features for Techulator. This is a powerful yet lightweight mini PC designed for today's on-the-go generation. Here are its specifications, price, and a video overview for you to see and enjoy.