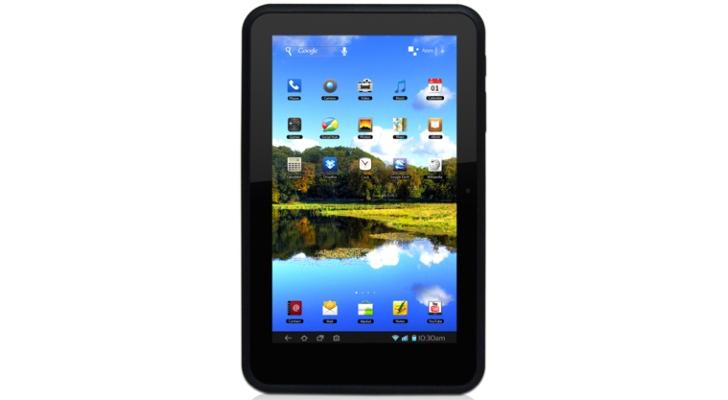 Indian tablet market would be a meeting place for a number of portable devices which eagerly wait for their masters. With a couple of weeks left for the wrap up of 2012, tablet makers are contributing their part by pouring in products back to back. Indian being a potential place for electronic equipments, many manufacturers invests money in the business. With a number of tablet computers getting ready for early 2013 launch, Kobain known for manufacturing computer peripherals has launched a dual SIM Android ICS tablet dubbed as 'mTab StreaQ' exclusively for the Indian customers. Established in 1978, Kobian operates in 8 countries including India.

The company which put forward aggressive plans further expanding the line of products aim high with mTab StreaQ. Kobian guarantee money worth satisfaction for the users as the tablet would give combined experience of style, smart working and total entertainment. Equipped with a faster processor, the mTab streaQ Tablet offers facilities compatible to its arch rivals.


The Mercury mTab StreaQ spots a 7 inch capacitive touchscreen display with 1024 x 600 pixel resolution. Powered by a 1.2GHz Cortex A9 processor and 1 GNB RAM, the tablet runs Android 4.0 Ice Cream Sandwich OS. With 8GB internal memory capable of expanding up to 32GB will be placed to support your photos and videos. Regarding the camera optics, a 2 Mega Pixel rear camera and a VGA front camera possible for video calling comes equipped with the mTab StreaQ.

Number of facilities including Wi-Fi, GPS, Bluetooth, HDMI port, and inbuilt FM along with dual SIM support will keep the users connected even while on the move. There is no information available to write about the battery spec of the tablet. Priced at Rs 11,499, the Mercury mTab StreaQ will be made available through the leading e-stores and selected retailers.

Mercury mTab StreaQ vs Other Tablets

With voice calling tablets with SIM card support getting popular, possibilities for customers to change their minds from smartphones to tablets are very high. Mercury mTab StreaQ will have to face a stiff competition from those portable devices which do boost of getting equipped with Dual SIM, Dual Camera and better battery power. The arch rival of Mercury mTab StreaQ will be Swipe Telecom's dual SIM Android tablet Legend Tab which comes with better processor and improved front camera priced at Rs 10,999.

My mTab strearQ's display guard is damage. I want to repair my tab but don't find anywhere. Somebody please suggest me.