Sony is one of the trusted brands in mobile manufacturing. Now, I am sharing a review of most economical smartphones which run on Jelly Bean operating system. 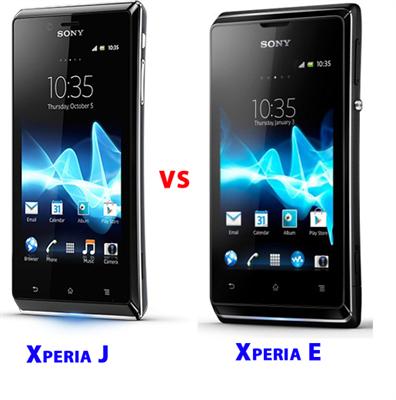 Sony Xperia E is one of the upcoming smartphones of 2013 by Sony. It is one of the light weight smartphones by Sony. It has the dimensions of 113.5 mm height, 61.8 mm width and 11 mm thickness. Also, it weighs only 115.7 grams. Xperia E is featured by TFT capacitive touchscreen with 256K colors. It has a very small resolution of 320 pixels width and 480 pixels height which is a disappointing feature in it. It supports multi-touch facility up to 2 fingers and has 165 ppi pixels density. TFT capacitive touch screen is good one and it is more responsive than other touchscreens with 256K colors yet another disappointment in it a most of the smartphones now a days offer 16M color support. It has no screen protections like Gorilla display and has Timescape UI facility. It comes with 4 GB internal memory and 512 MB RAM with only 2 GB internal memory available for storing and managing data. It supports extenal memory cards up to 32 GB which compensate with limited internal memory storage. The phone has 3.15 Mega Pixel primary camera on the rear side of the phone and has no secondary camera on the front side. So video calling is not supported in this smartphone. Also, it has FWVGA video recording facility through its rear camera. Camera features are not good for its price. Sony Xperia E runs on Android 4.1 Jelly Bean operating system and featured by Qualcomm MSM7227A Snapdragon chipset. It has 1 GHz Cortex-A5 processor with Adreno 200 GPU processor in it. It is good for gaming. But low resolution is a disappointment. Sensors like Accelerometer and proximity are available. It has HTML5 supported web browser for better browsing experience. It supports Java, GPS and Radio facilities. It is available in Black, Pink and White. This smartphone has Standard Li-Ion 1530 mAh battery for backup performance which suffices low resolution smartphones. The price of Sony Xperia E is predicted to be €160 which is Rs.11,500 in India. It is a cost effective smartphone from Sony.

It is another low budget smartphone from Sony but slightly higher than Xperia E. It has the dimensions of 124.3 mm height, 61.2 mm width and 9.2 mm thickness. It is a bit larger than Xperia E. It weighs 124 grams. Touch screen is featured by TFT capacitive touch screen with 16 million colors. It has a resolution of 480 pixels width and 854 pixel height with 245 ppi pixels density and supports multi-touch facilities up to two fingers. Screen is protected by Corning Gorilla Glass and has Sony Mobile BRAVIA Engine for better display performance. It has Timescape UI like Xperia E. Memory features of both smartphones are same. It has 5 Mega pixels primary camera on the rear side of the phone and VGA secondary camera on the front side of the phone. It has VGA video recording facility through primary camera. This smartphone runs on Android Ice Cream Sandwich operating system and can be upgraded to 4.1 Jelly Bean OS. Qualcomm MSM7227A Snapdragon chipset is configured in it. It is most commonly used chipset for smartphones. It has 1 GHz Cortex-A5 processor and Adreno 200 GPU processor is powered on it just like Sony Xperia E. It has an extra compass sensor powered on it too. It supports HTML5 web browser with Adobe Flash facility for better browsing experience. It also supports Java, Radio and GPS facility and this phone is available in Black, White, Golden and Pink colors. It has an extra 50 GB cloud storage space for storing data through online. Standard Li-Ion 1750 mAh battery is used for its backup performance. The price of Sony Xperia J is predicted to be €180 which is Rs.13,000 in India.

Both phones are featured with different configuration. If you want the better smartphone among the two then choose Xperia J over Xperia E. There is no scratch resistant feature in Xperia E. It has lesser colors and is a light weight smartphone. Memory features are same in both devices. It has lower camera facility compared to Xperia E. Processing powers are same in both devices. Xperia J has wider screen resolution than Xperia E and has 50 GB cloud storage space. According to price, both are good smartphones. Now you can choose smartphones as per your requirements.