Since its very conception the all new Windows 8 from Microsoft has been in the limelight. It has been introduced only a short time ago and in that very short window of time, it has really become popular in the tech markets. May be it is because of the fresh user interface that showcases the Metro UI tiles or it's the speed and the accuracy over the other prior version of Windows. But Windows 8 is really the most amazing Windows by Microsoft yet.
As a result more and more brands are launching Windows 8 based products in the markets really fast. And this strategy is proving beneficial to all the brands too. 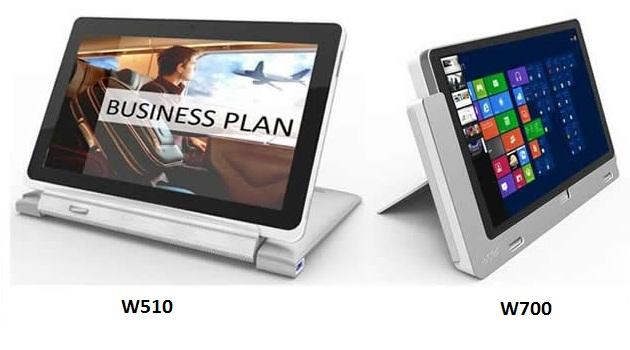 The Acer Iconia W700 showcases a larger screen among the two with a 11.6 inches touch screen that supports a full HD resolution of 1920 X 1080 pixels. The device is capable to touch support for up to 10 fingers which is really commendable. It also comes with a desktop docking station that perfectly fits into the tablet securing it safely. The cradle allows the device to be positioned to as long as 70 degrees for landscape viewing and 20 degrees when you need to use it to type.
The docking station not only provides you with an extra battery life and a hub of ports but it will also extend a keyboard and a track pad for those occasions when you are not feeling like tapping your fingers on the device or using touch for instance while writing a book or writing this article. The dock acts as a perfect desktop replacement for your tablet. The two ports that the dock provides you with are the USB 3.0 port and a thunderbolt port. The dock has a metal finishes that matches the elegance of the tablet itself.
The tablet is also equipped with the Dolby theater enhanced quality audio.

As far as Acer Iconia W510 is considered, it has a slightly smaller screen at 10.1 inches and it really follows into the footsteps of the transformer series from ASUS. The device comes with a separate keyboard dock which has optimally spaced keys and while the dock is on, the tablet screen can be rotated all the way to face backwards that comes in handy when you decide to watch movies or deliver an impromptu presentation.
The detachable Chiclet keyboard also increases the battery life of the device to about 18 hours which is quite whopping.

Both the devices have plenty of connectivity options from USB to Micro SD to HDMI. Both the devices have a volume rocker, a power button and a 3.5 mm audio jack to plug in your earphones and enjoy the enhanced quality music.
Below is the detailed specs chart for both the tablets: 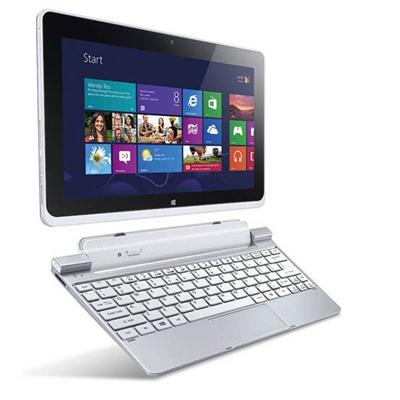 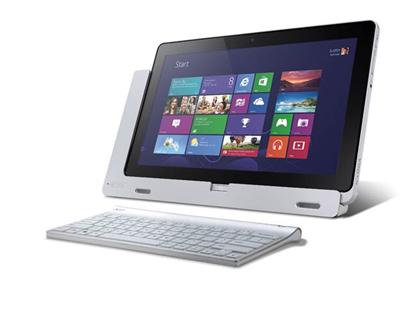