Edimax 3G-6200nL is the world's smallest wireless router launched in India by the Edimax. This 3G WiFi router can be considered among the medium level routers available in India. Considering the features of the device and the price it's also a good value for money one.

Edimax 3G WiFi router is a compact 3G router supporting connectivity speeds upto 7.2Mbps. You can connect either 3G or 3.5G USB modem to this device to get internet connectivity to the wired and wireless devices in your home or office networks. It also has a built in Ethernet port for connecting your wired network so that it will automatically switch to this one when your wireless network is not available. The LED indicators available in it display the wireless, Ethernet and internet connectivity. 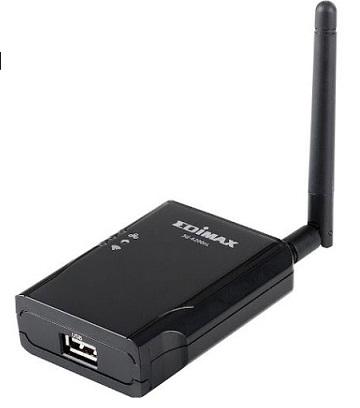 The Edimax 3G router is built for everyone in the world. So it has included one of the easy user interfaces to configure your device and that also in 14 languages. It also has a installation CD included in the package with a setup wizard using animated steps to complete the installation in the easiest way.

The wireless standards supported by Edimax router are IEEE 802.11 b/g/n and the maximum transmission rate is upto 150Mbps. One of its features includes the wireless MIMO technology which extends the WiFi coverage area and reduces the dead spots present within the coverage area. The WPS (WiFi Protected Setup) in this device allows Edimax to connect with other devices using the Push-Button-Method (by simply pushing a real/virtual button).

The lowest price of Edimax 3G router in India is Rs.3500 through online stores. You can buy it for a price within Rs.4000 from the local stores.

Best 3G Wi-Fi routers in India with price, availability and warranty on them

Today internet usage is a important part of life. It is necessary to connect all electronic devices through internet according to need so for this situation 3G Wi-Fi routers are best way. I am posting best 3G WiFi routers in India.

3G Wi-Fi routers are now popular in India with the introduction of 3G networks. But in order to use 3G internet connectivity in your portable devices like tablets and laptops you need a 3G Wi-Fi router. It also acts as hotspot to share connection with multiple users and helps to extent the signal coverage. In this article you can read the features, price and specs of budget 3G Wi-Fi routers available in India within the price range of Rs.3000

LAVA W150 is a portable WiFi router which can be used to extend the WiFi range of your internet connection. You can read about the features and the price of this device in India from this article.

In this article, I am comparing the latest Huawei E355 Wi-Fi data Modem and Lava Mi-Fi Router W150. You can share the internet connection with your friends or between the devices by the help of these devices. The Huawei E355 Wi-Fi data Modem and the Lava Mi-Fi Router W150 provide wireless internet sharing with more than 5 devices with a good data transmission speed.

This article is a summary of some of the best and most economical wireless routers and their featuers and reviews. It will also update you with their price and availability in India.