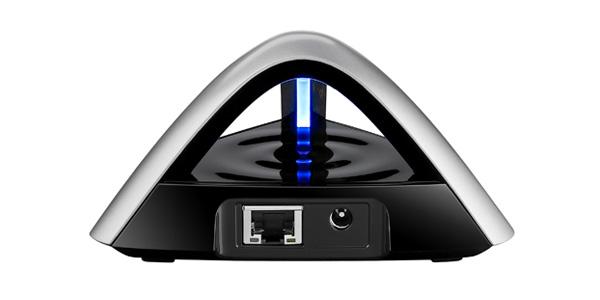 ASUS EA-N66 is a great WiFi router that is packed with pretty unique design. The device is a compact one with nice attractive features added on it. This device looks similar to that of ASUS USB-N66 Dual-band Wireless N900 adapter. The top three surfaces/pillars of the device acts as antennas to provide high strength and stable WiFi Signals. On the front part of the device, it carries a LEDs that glows to represent various connectivity status, whereas on the rear side of the device it holds a Gigabit port along with port for connecting the power adapter. The Ethernet port is basically designed for this device to connect different devices like computer, Xbox, PS3 or a television to internet. The blinking LED represents establishing a connection with a network and a solid emitting light without blinking represents that a strong connection has been established. 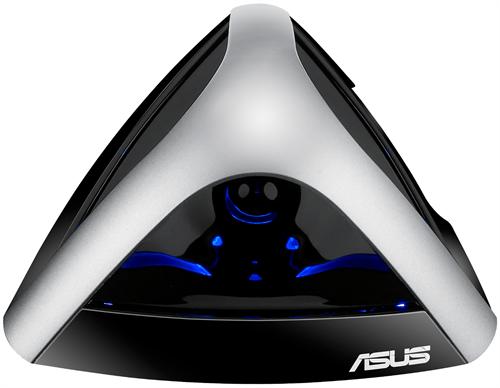 ASUS EA-N66 is a 3-in-1 adapter, as it can do three different things; can act as WiFi Repeater, used as normal Ethernet Adapter and can also be used as Access Point. This device is also a Dual-Band WiFi Router that supports both 2.4GHz frequency as well as a 5GHz frequency. But the facility for providing simultaneous Dual-Band is not offered in this device. The device is extremely great in performance which supports very high WiFi speed that supports up to 450Mbps and provides you an unbelievable range along with 802.11n standards. Although both the devices of ASUS looks identical, the ASUS USB-N66 is more easy in setting up when compared to ASUS EA-N66. 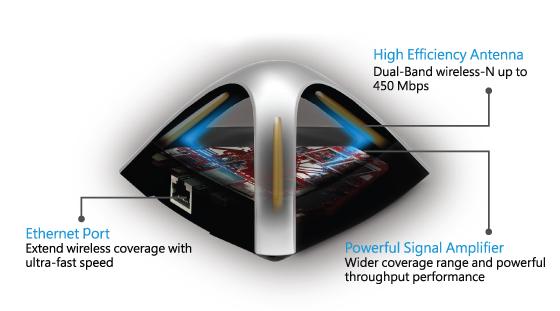 In order to control the device, you will need to connect the router to your computer via Ethernet port and go to the web interface. From there you will be allowed to configure the mode in which the device can work on. Once the settings have been setup, there is no need to change again and again, since the device will store them within it and you will need to just unplug and plug it back in the particular device. As mentioned earlier, the device can perform three different modes. The device being in Ethernet Adapter Mode, you can directly connect any devices that supports only Ethernet adapter but not WiFi, to the ASUS EA-N66 which in turn takes primary connection from a far away WiFi Router wirelessly. Whereas in the repeater mode, this can act both as a normal repeater as well as can give facility to access the Ethernet adapter mode. That is, the device pulls out a primary connection from a far away WiFi router and delivers internet access to both WiFi enabled devices through WiFi and to computer or other devices through Ethernet port, shortly it act as repeater to extend the WiFi signal of an existing WiFi router. The last mode is the Access Point mode, where ASUS EA-N66 can take network connection from another modem that has no WiFi facility through Ethernet adapter and provides this connection to other WiFi-enabled devices by acting itself as a mini hotspot.

In this article I am going to review ASUS USB-N66 Wireless N900 Gigabit Dual-Band Wireless Adapter. This is a similar version to that of ASUS EA-N66 3-in-1 Adapter.

A review of Asus RT-N16 Wi-Fi Router. Also read the specifications and features of this router.

In this article I'm taking you through a review of a wifi router named Asus WL-330N3G. It has the specialty of the being the smallest wireless router supporting 6 modes/ functions.

This year Asus has gone another step ahead with wireless connectivity and they are ready with the latest wireless router model Asus RT-AC68U Dual-band Wireless-AC1900 Gigabit Router. Though it is an upgraded version of the last year model RT-AC66U, this one has appeared with a host of new features packed in a dashing look. Get a glimpse on how it is different from its older version and whether this is what you were waiting for.