Vodafone Mobile Wi-Fi R205 is a 3G WiFi router that helps us to establish a 3G connection between a maximum of 5 wireless devices. The device is quite easy to use and also offers a good experience. This router is entirely different from the other mobile broadband routers. The test result shows that the device delivers an extra ordinary performance. Other than these it is also packed with a OLED display which acts as an user interface, and it is mainly used for indicating the signal strength, battery backup information , amount of data downloaded, and it also notifies the user whenever new text messages are received. No need to create network settings and no need of connecting to Vodafone's network. For the Vodafone Mobile Wi-Fi R205, web apps and Android or iOS apps are available. The device memory can be expanded with microSD card. The Android UI in the device shows an overall status of the device, i.e. the signal strength, battery backup, amount of downloaded information and number of connected devices and so on. 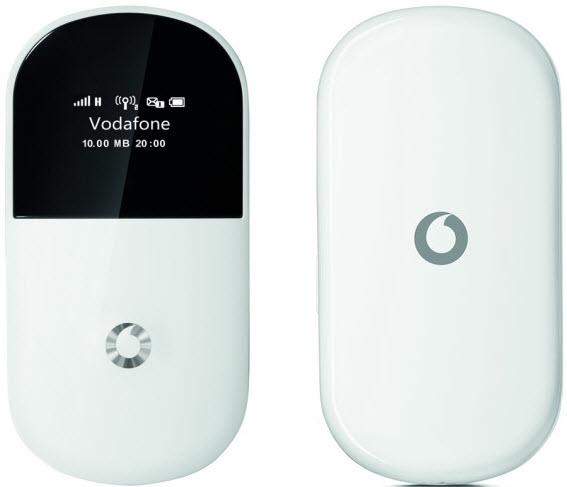 Vodafone Mobile Wi-Fi R205 router has many similarities with the Three MiFi since both are made by Huawei, but Vodafone's device is slightly lighter than Three MiFi. Vodafone Mobile Wi-Fi R205 router weighs 80g whereas the other one weighs 90g. Actually the device comprises of a OLED screen that extends in the half of the device, and body color is white. There is a microSD card slot in the left side and a micro USB port on the bottom side and the power button on the right side of the device respectively. It uses a 5.6Wh lithium-polymer battery and contains a SIM slot for inserting SIM card in it. The battery backup of the device is stated as 4.5hrs, so that it can withstand up to 4.5hrs without any power supply. Without power or mains it delivers a 10m range and with the presence of a power connection it offers 60m range. After testing the device it is clear that it delivers a good performance, say an example, it offers 21.6Mbps downloading and 5.7Mbps uploading capability. In order to get the exact view of the device, I had tested the router device in the speedtest.net Android app and the results were awesome. We have connected a smartphone to the network through this Vodafone Mobile Wi-Fi R205 router and checked the downloading and uploading speed, after that it is then compared to the corresponding speed of the smartphone while connected through SIM network. It shows that, when smartphone is connected via SIM network it results a downloading and uploading speed of 5.8- and 2.4Mbps respectively, but when the smartphone is connected via router device is shows a speed of 5.8- and 3.0Mbps, which implies connecting via router is much better.

For further review please check the video given below:

Tell me the price or the cost of the 3G WiFi router Vodafone Mobile Wi-Fi R205 in terms of cash price.

What happens if I lost it or it gets stolen? What to do then?