Microsoft newly launched operating system Windows 8 comes in variety of versions, packed with new features and functionality. Microsoft has optimized the Windows 8 OS for both touch (tablets) and type (laptop/desktop) driven systems. Due to varieties of versions available in Windows 8 OS, user tends to confuse between which versions to go for their system. This article will help you to understand the different versions of Windows 8 OS and eventually help in selecting the most suitable version for your system. 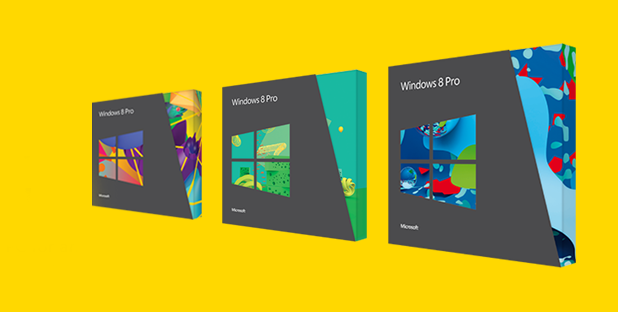 Windows 8 – This is the basic version of latest Windows 8 OS which doesn't have the features like Window-To-Go and Encryption features.

Windows 8 Pro – This is the main version of Windows 8 OS equivalent to Windows 7 professional or ultimate version, having all features included in Window 8 version along with other additional capabilities and functionality useful for various kind of Windows users. The professional version is packed with all features except which are only useful for enterprise users. This is the version you should go for if you are desired to get the maximum benefit from latest Windows 8 OS.

Windows 8 Enterprise – This is for corporate users or companies who want to install Windows 8 OS on numbers of systems using Volume licensing method. Windows 8 Enterprise version has all the features which are included in Windows 8 PRO version except Windows Media Center add on and comes with special features useful in enterprise world.


Minimum hardware requirement to run any version of Windows 8 operating system except Windows 8 RT version which is compatible with computers or tablets powered by ARM processors.