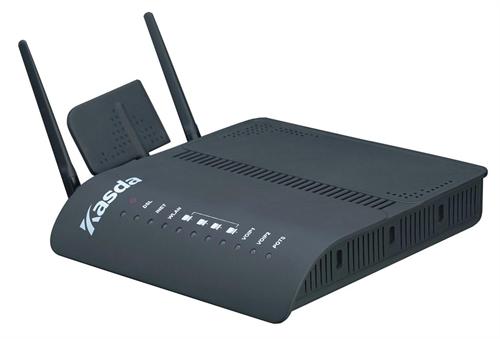 As we all have multiple device cable of handling WiFi within a single house, it will be much more comfortable for us to keep a WiFi router to share a standard broadband connections among our WiFi enabled devices like computers, Laptops, Smartphones, Tablets etc. Although WiFi Routers are meant to deliver high speed internet via WiFi Hotspot, a host of factors are there that you must take care of before purchasing one. Let us look into such variants and checkout which features of WiFi routers are most essential for its perfect working.


Before just going through the guide on 'How to Select a WiFi router', let me give a short description about What are WiFi routers and how they Works.
Wireless routers can be either wired or wireless. Wireless routers provide WiFi Hotspot to multiple devices through the 3G connection that either a Data card or SIM Card inserted to it provides. WiFi routers are devices that are capable of sharing your standard broadband internet connection with multiple WiFi enabled devices by means of establishing a WiFi Hotspot. WiFi routers enables multiple users to access high speed internet access within a small environment like home or office. Generally a WiFi Router will contain some Ethernet ports which allows you to connect wired computers apart from connecting other devices through WiFi. These devices work by converting the internet data coming from the data card or broadband cable to radio signals which we call it as WiFi. And WiFi enabled devices capture these radio signals and are again converted back to internet data.

What to look When Purchasing a WiFi Router?

When you look to buy a WiFi router, you will find a lot of variants of WiFi Routers ranging all the way from Rs. 1,000 to expensive high-end routers which are priced about Rs. 11,000. The price of WiFi routers varies according to their specification and what they offer. It is not at all recommended for you to go for the most expensive one unless you are that much depended on WiFi routers. If your needs are just average then the low cost WiFi routers will be sufficient. Although each and every WiFi Routers delivers High speed internet access, there are much more other factors that you will need to consider while buying one. So let us move on to the features that you will need to consider while looking for the best WiFi Router.

First thing that you must consider about a WiFi router is the Ethernet Speed. Every budget WiFi routers will deliver a 100Mbps of data speed through its Ethernet port. For normal usage this speed is just more than enough but for advanced users who are using other larger networking devices like Network Attached Store (NAS) to transfer lot of data everyday between multiple WAN computers, Gigabit Ethernet will be most recommended. As Gigabit Ethernet are capable of providing data speed up to 1000 Mbps. Whereas these Routers are comparatively expensive than that of normal Routers.

There are two types of WiFi routers sold on market based on its WiFi Speeds; a 'G' type and the 'N' type. The 'G' band WiFi Router which is very cheap device supports data speed up to 54Mbps, where as the 'N' type provides high speed internet access and supports data speed up to 150Mbps. The 'N' band WiFi router are latest routers which are sold on markets these days and works on 2.4 GHz of frequency band. There are even more WiFi routers that are being rated in supporting speed up to 300Mbps. These routers are highly expensive devices and provides even much better signal strength than the 150Mbps or 54Mbps devices. The 300Mbps Routers also holds two antennas which is the reason for better signal strength.

5 GHz band has been released recently which helps the device to provide higher frequency and range. The advantage of 5 GHz Band WiFi Routers to that of normal 2.4 GHz routers is that, the range of 2.4 GHz routers will fall down significantly in such places where lot of other people are using WiFi Routers. A 5 GHz Band WiFi router can come with this crisis of lack of clear channel and provides you better range than ever. A drawback of 5 GHz band routers is that, only the high-end devices supports this band frequency and most of other devices like computers, mobiles etc supports only 2.4 GHz. So it is recommended for you to dual check whether your device is supported for picking up this frequency before you tend to buy such high banded routers. Another drawback about this high banded router is the price. This device almost cost double that of the 2.4 GHz routers, so it is also important to check whether you really in need of high banded WiFi Routers.

As we already had a discussion on 2.4 GHz and 5 GHz bands in WiFi routers, now it is time to discuss about the WiFi Routers which can support both these bands. In these Dual Band Routers you will be allowed to connect either to your old device that supports only 2.4 GHz of frequency or a high-end device that supports up to 5 GHz band frequency. Also, this WiFi router has a capability of transmitting signals on both bands at the same time. That is, you will be allowed to connect multiple device with one over 2.4 GHz band and other on 5 GHz band at a time. Some of these dual band routers have capability of Gigabit Ethernet connection and are the most expensive WiFi routers available in the market.

USB 2.0 ports provided by some of the WiFi routers can hold USB pen drives or any other USB storage devices. This makes the router act as a Mini NAS device that can share files with the connected computers. Many budget routers carry this port at their back. Many of the users are also interested in including this feature in their WiFi routers. 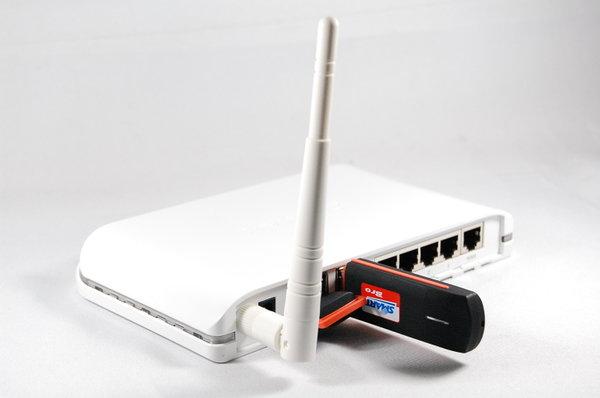 The WiFi routers that supports 3G Data Card will allow you to provide internet access to the connected devices from your Data Card. This facility will be more helpful for you if your router is completely portable and with this you can turn anywhere into a small environment of WiFi network.

This feature can be available in most of the WiFi routers. This feature is recommended only if you have lots of guest users or if you are running small internet cafe. Guest Network Support will allow you to give your clients or guest a password to access internet from your router but data or any other files on the computers which are connected to your primary network will not be accessible for them.

Above features are some of the important things that you need to take into account while planning for a new WiFi router. Price is another important field while looking for a device. Even though all the facilities might not be compressible within a single device, especially if you are looking for a budget device, but still you can search for the most important feature that you will be depending on and consider the new WiFi router according to that requirements.