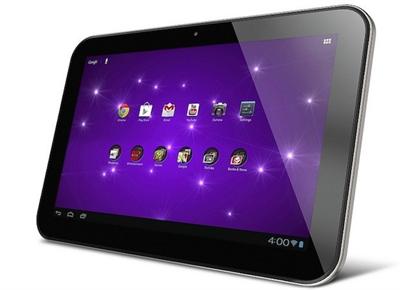 Japanese manufacturer Toshiba, known worldwide for its majestic appearance as manufacturer and marketer of electronic devices has announced yet another tablet computer adding one more to its already existing 10.1 inch Excite series. Dubbed as Excite 10 SE, this Android 4.1 Jelly Bean tablet will bring face to face competition for its rivals regarding the specs, OS and price. Starting on 6th December, the device will be available for purchase online from ToshibaDirect.com website or at selected retailers.

Toshiba which had amazed the world with its array of attractive handheld devices is ready with a surprise for its fans. The all new Toshiba Excite 10 SE tablet is packed with all ingredients which can truly woo the tablet enthusiasts who are gearing up to own a tablet PC equipped with stylish features available at reasonable price.

The Excite 10SE which was announced through a press release indicates the vision on the company to support the people who were in search of a portable device for better gaming and browsing experience. Toshiba's new product which runs Android 4. 1 Jelly Bean OS is priced at $349.99 for 16GB model ($50 less than Nexus) will be available in U.S only. So the customers can enjoy a pure Android, Jelly Bean experience through the Excite 10 SE tablet.

The Toshiba Excite 10 SE is a multimedia rich tablet with 10.1 inch AutoBrite HD touchscreen powered by NVIDIA Tegra 3 Super-4-PLUS-1 quad-core processor. The tablet which runs Android 4.1 Jelly Bean OS is capable of delivering games and HD movies. Regarding the camera optics, a 3 mega pixel rear camera and a HD resolution front camera will deliver maximum support while using it for beautiful snaps.

For connectivity, the phone is integrated with Bluetooth 3.0, Wi-Fi, and a micro-USB which can be used for charging. Equipped with a 16 GB internal memory, the storage capacity can be expanded further with a microSD card. The other feature of the tab would be the quick moves between the customizable home screens while switching between apps makes easy. The Chrome browser, Google Now (intelligent personal assistant) and Voice Search apps will make internet surfing faster.

The Excite 10 SE (16 GB) priced at $349.99 will be sold $50 less than its previous 10-inch model. The original Excite 10 is available for online purchase at $399 while its 7.7 inch tablet will cost $349, exactly at the same price as the new Excite 10 SE. The new iPad featuring retina display which starts selling at $499 will be a competitor for Excite 10 SE. The Android powered tablet will be available at selected retailers while interested customers can by it directly starting on 6th December 2012 from ToshibaDirect.com, online website.

e-Diary is one of Hi-Tech solutions' most sought after innovative product. It is a sleek portable device for noting down on a paper and retrieving it as required. You can write in your native language, transmit, transform, annotate and do so much more. Read the review and get to know about Hi-Tech eDiary.