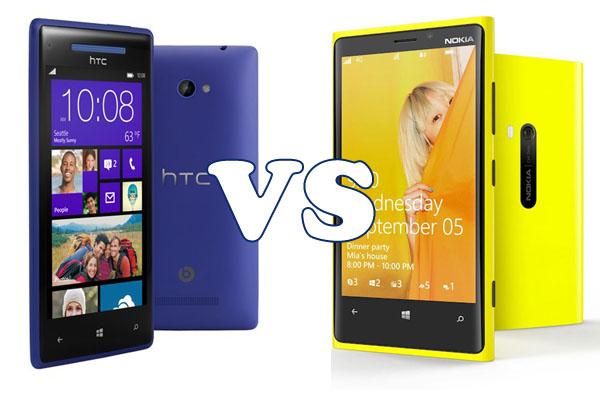 After the rise of Microsoft's latest Mobile Operating System; Windows Phone 8, many manufacturers are competing in the smartphone market for gaining their own higher positions. With the help of Microsoft, HTC and Nokia developed Windows Phone 8 Smartphone with their own designed features to make them look unique. Both of these devices are considered to be their first Windows Phones powered with dual core processors and delivering HD screens. While Nokia had added much more interesting features for its Lumia 920 like Optical image stabilization and the features added by the HTC on its 8X also includes wide-angle Front camera and much more cool factors. Read on the comparison between the both HTC 8X will make them comfortable in pocket.

Lumia 920 has a much thicker shell of polycarbonate compared to HTC 8X, but it does not feel much hard to carry out due to the tapered sides looks extremely solid. 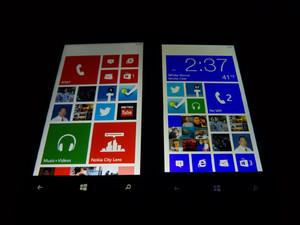 Lumia 920 holds a brilliant 4.5" LCD screen having screen resolution of 768 X 1280 pixels. Nokia has also added its ClearBlack technology filter on the display of Lumia 920. Whereas HTC 8X delivers an excellent 4.3" Super LCD 2 screen with a resolution of 720 X 1280. Compared to Lumia 920, which has a pixel density of 332ppi, HTC 8X offers much more higher pixel density of 342ppi.
Although the viewing angles are great and approximately equal for both the devices, Lumia 920 delivers more saturated colors than the HTC 8X. Also Lumia 920 features lower reflectance due to its CLearBlack filtered display, it makes the device more comfortable in outdoor visibility than HTC 8X.
The touch screen display of Lumia 920 is much more easier to operate, as it has the advantage of using supersensitive touch layer. Unlike HTC 8X, this facility will make Lumia 920 helpful to answer call or operate the device while the glouse on in the hand.

Both these devices are preloaded with Windows Phone 8. Both the manufacturers had added their own customization to make the interface look unique. Some of the customizable option that HTC provides in its 8X are the weather, sports, news, stocks and other display info via HTC Hub. A few utility options like flashlight, Photo Enhancer, converter and a connection setup are its own customization for the HTC 8X.

Nokia Lumia 920 also delivers some of other its own customized options such as Creative Studio App, Cinemagraph and Photo Beamer, which are the most exclusive apps for advanced photography. The Drive offline voice guided navigation which Nokia had included in Lumia 920 is another great strike back to HTC 8X, that do not offer something like that. 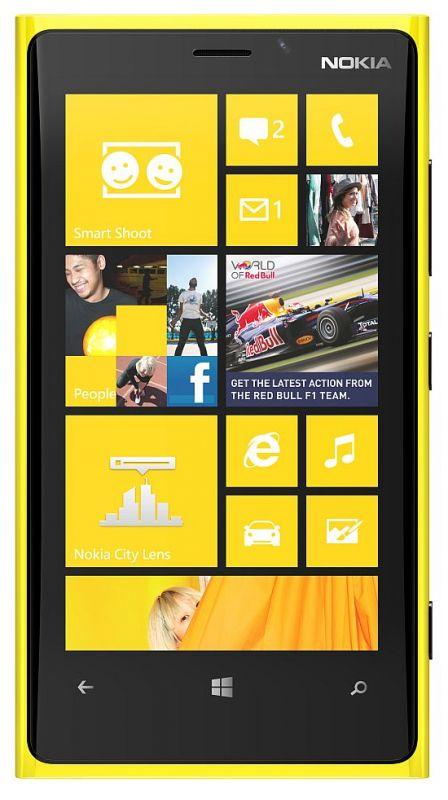 Processor and Memory of Lumia 920 and HTC 8X

A Snapdragon S4 Dualcore CPU clocking at 1.5 GHz and RAM of 1 GB is the common configuration for both the devices. There was no remarkable issues in running apps or other interface performance.
While talking about the onboard memory which the manufacturers has to deliver, HTC 8X is capable of 16GB of internal storage and 32GB of internal storage for that of Lumia 920. In case of storage expandability, both the manufacturers haven`t delivered a microSD card slot. Thus the storage capacity is limited for both the device, but still Lumia 920 manages to come across this crisis with its 32 GB storage.

Both Lumia 920 as well as HTC 8X are capable for shooting images with its 8MP cameras. Each of the manufacturers had added their own customization in this field too. In case of Lumia 920, Nokia had packed it with Optical image stabilization along with a dual LED flash. Whereas HTC 8X strikes back with its wide-angle lens in its front camera, which is capable of shooting four people at a time during a video chat.

There is no other dissimilarities between their camera interface. It is similar to what we expect from a Windows Phone 8. Whereas photos taken from Lumia 920 shows a higher sport contrast than that taking from HTC 8X which are looking bland.
Nokia Lumia 920 had also got higher rating in its video recording when compared to that of HTC 8X. Crisp, excellent sound recording and steady footage are some of the best parts that Nokia had to deliver for Lumia 920. 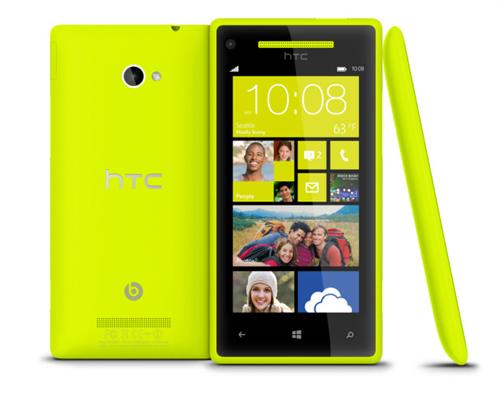 Multimedia in Lumia 920 and HTC 8X

Both the device promises what they had advertised in the field of gallery, music and video players. There is nothing much more than a typical Windows Phone interface. Also the manufacturers had included video files supporting up to 1080 definitions for both the devices. But the sound strength can be further added in HTC 8X as they had offered a dedicated sound amplifier. Whereas Lumia 920 still rocks with its highly amplitude sound from its stereo speakers situated at its bottom.

As you read the whole deep comparison between Lumia 920 vs HTC 8X, it will be pretty understandable for you that HTC 8X is only good at it compact and feathery nature, which makes it easier to carry around, compared to Nokia Lumia 920. HTC 8X also features a wide-angle front camera. However the winner in this comparison is the Nokia Lumia 920 as it delivers a lot many unique features in many fields such as Display, Camera, Interface, Memory and finally wins the match with its huge capacity battery.