In the mobile market, there is a competition of surviving is going on. Everyone wants to be on the top and due to this they are trying to impress the audience. Micromax , the Indian mobile company is also trying to impress the audience and they are continuously launching new products in the market. On the other hand Nokia wants to reach the place which is now dropped down due to Android mobile phones. 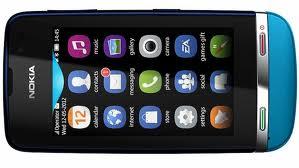 Micromax A73 is recently launched by the company and this mobile is an Android mobile phone which is having the Android 2.3 Gingerbread Operating system while Nokia Asha 311 has Series 40 UI OS. On the basis of Android OS, Micromax A73 has the best performance. Because in this modern age of technology everyone wants to match the trend and they want performance too. Micromax A73 Android Smartphone has the dimension 108 x 62 x 12 mm and it is available in black color only. On the other hand Nokia Asha 311 is 106 x 52 x 12.9 mm in dimensions and it is available in Brown, Blue, Red, White, Gray colors. So in design and look Nokia Asha 311 is a good option. Display of the Micromax A73 mobile is 3.5 inches with 320 x 480 pixels resolution. It has the TFT technology display with capacitive mulit touch display. While Nokia Asha 311 has 3 inch display with 240 x 400 pixels resolution which has the LCD display technology. It has capacitive touchscreen with multi touch facility. So according to the data of display Micromax A73 is better due to good resolution. 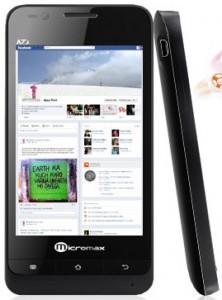 Micromax A73 is available with the 2 MP camera with LED flash and has front camera of 0.3 MP. It is having the features like CMOS, Geo Tagging and digital zoom. Nokia Asha 311 is powered with a 3.2 MP camera with no front camera and flash. So in this area Micromax A73 has the plus point. Micromax A73 supports formats of MP3 player like MP3, AAC, WMA, WAV, MIDI and video player formats like MPEG4, H.263. While Nokia Asha 311 supports music player formats like MP3, AAC, AAC+, WMA, WAV, MP4, AMR, MIDI and video player format like MPEG4, H.263, H.264, WMV, AVI, 3GPP. In multimedia Nokia Asha 311 is better than Micromax A73. In connectivity Micromax A73 Android Smartphone is having the Bluetooth version 3.0, wi-Fi 802.11 b, g, n, MicroUSB 2.0 and 3.5 mm headset jack. While Nokia has Bluetooth v2.0 and the other things are same.

In this article, I am going to give you the features, technical specifications and an overview of Nokia Asha 311 which was released on August 2012. Read the article to know more details.