It is usually said that "word of mouth" is the best advertisement and promotion for particular product in market. Samsung is enjoying benefits out of it as its latest smartphone Samsung Galaxy S IV is going to get launched next year. Launching of two great smartphones Galaxy S II and Galaxy S III one after the other have taken Samsung to a new benchmark and now it is the turn of much anticipated Galaxy S IV to take over the throne whose rumors are spreading like wild fire in the market. 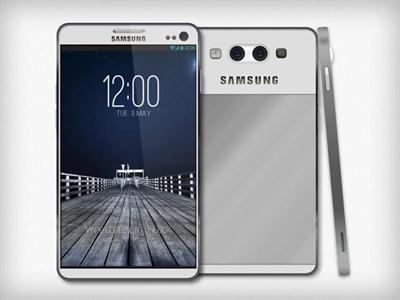 According to the news leaked on the Korean site, Samsung might be planning to launch their next successor "Galaxy S IV" at Mobile World Congress in Barcelona but another ongoing rumor in the market stated that it will be launched at CES in Las Vegas .

Talking about the releasing time of Galaxy S IV, it is still a rumor because earlier Samsung was all set to release S IV in the beginning of 2013 but they revised their launching dates and planned to release in mid of 2013 because they did not wanted to affect the sales of Galaxy S III which was launched in the beginning 2012. Samsung itself have denied making any comment on the Galaxy S IV as well as information leaked regarding it.

The details and specifications are unveiled by Samsung but it indicates that Galaxy S IV smartphone will be having all latest features as compare to Galaxy S III. Galaxy S IV is expected to have super AMOLED capacitive touchscreen with a Full HD 1920x1080 resolution and a pixel density of 441 pixels per inch. It seems that Samsung is planning to launch S IV with the latest Android operating system, v4.2 (Jelly Bean), as well as it will include a quad-core ARM Cortex-A15 processor running at 2GHz - the most powerful smartphone processor than Samsung Galaxy S III.

Samsung might be thinking of stepping forward in terms of camera and people are expecting the same because as per the rumors the Galaxy S IV is expected to come with 13 mega pixels camera which is indeed a better camera than S III of 8 mega pixels. The camera might be having features like LED flash Simultaneous HD video and image recording, autofocus, geo-tagging, touch focus, face and smile detection, image stabilization, HDR. Of course, Samsung will provide the front camera but there is no such specifications regarding that.

As per the increasing hype and rumors regarding the Galaxy S IV the Samsung inspite of making any statement on the information leaked , they are rather very much focused about their next successor because they want to set an all-out assault on Google's recently released Nexus 4 handset as Nexus 4 was able to attract huge number of customers at significantly lower price and it offered similar features to the Galaxy S III. So, looking at the current situation and the market competition Samsung seems to be all set to win back the customers and is ready to give stiff competitions to the smartphones which are going to be released next year along with Galaxy S IV .