There are couples of Tablet PC that are released with normal price range recently by iBall slide manufacturer, as said those tablet PC are slide i6516, i6012, i9702 respectively. These tablet PC start price range from Rs 7000* and so on. To be frank, it has good touch integrated system compare to other tablet PC brand in the same price ranges, it has Dual SIM option and other favorite apps.

After doing the hands-on review of Slide Tablet PC i6516 I was quite impressed. One of the best part of the Slide i6516 tablet PC is integrated quality touch. This is because the similar price ranged branded tablets have poor quality integrated touch system as compared to iBall i6516. You may get other similar configuration in other branded tablet PC except touch integrated one. After all, the world of tablet PCs is going on advancing and the most important part of tablets is its touch screen. iBall slide tablet PC is India's first Dual SIM and FM Transmitter tablet PC. You can find some of the pre-loaded apps in it like Cricket Next, IBN Live, Whatsapp, Money Control, Facebook, RTI India, Nimbuzz, Documents to Go and Zomato etc. You can find cheap and best tablet PC in India and its detail here in this site. 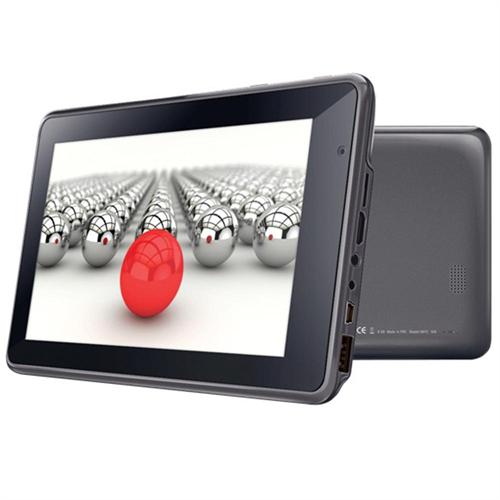 Hi Hafeezur Rahman P sir,
Are you sure about this tablet, is it a dual sim?. Most of the sites are avoided this feature in their articles.

There are different series in iBall tablet PC. I myself saw it lively in one of the nearest outlet with dual option one, it has dual SIM slot but I don't know whether both live/standby or one only.

Only few sites are reviewed this tablet. I am looking for buying a iball tablet with SIM facility. Can you mension any better iball tablet below 10K. I think ball i6516 is not available yet. Can you specify released date?

You can visit any nearest outlet for iBall dealer and ask them about so and so tablet PC with SIM feature, they will explain and show you about it. You can get its official catalogue to know about SIM feature as well. Also do not always depend on any unofficial site or seller site info, they might have missed it to update the info on some features.

I had called Iball office. They told me that Iball i6516 does not have sim facility.

iBall EDU-SLIDE i6516 Tablet comes with 7 inch HD display screen. It deliver high performance as it runs on ARM Cortex -A8 processor with 1.2 GHz speed. 1GB RAM also play important role in tablet. To purchase this tablet go to: