Asus and BlackBerry are the two quite famous brands. Here we are revealing comparison between their two tablet computers in order to help you make a decision which one is better. Asus Google Nexus 7 Cellular and BlackBerry 4G LTE PlayBook are the tablets that we are considering. Before getting into the comparison you may check their features and specification from the links given below:
Asus Google Nexus 7 Cellular 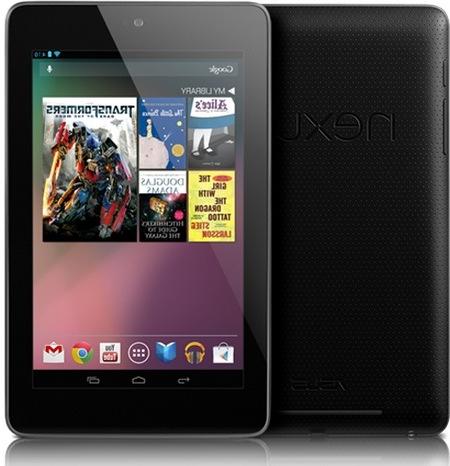 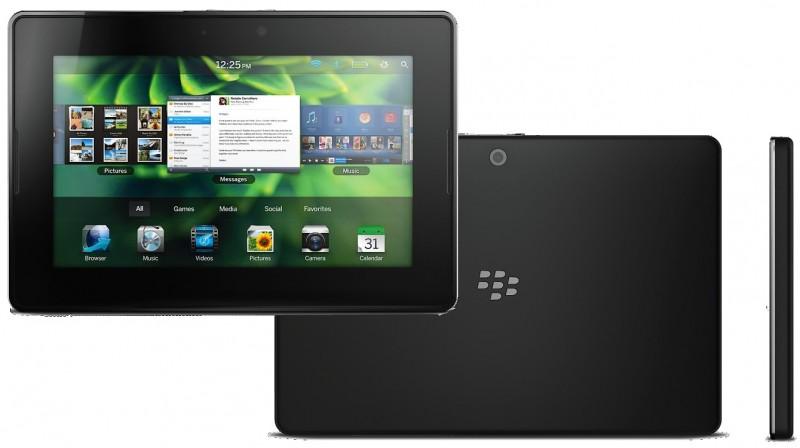 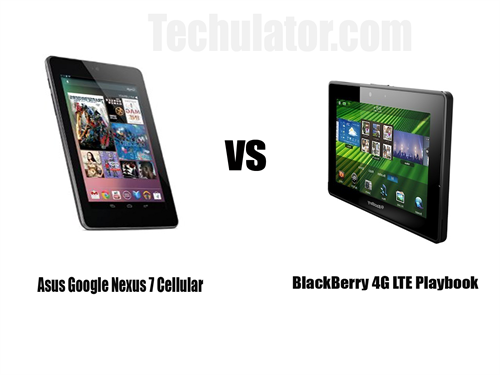 Asus Google Nexus 7 Cellular is an Android tab that has been announced in 2012 October and is expected to release on November 2012. As the name means, it is clear that the tab supports cellular tasks i.e., call can be made with the help of a sim and hence it offers all features that a phone can give. The important thing is that the device uses Android platform to operate,i.e., it works over the all new Android OS, v4.1 (Jelly Bean) and can be upgraded to v4.1.2.

BlackBerry 4G LTE PlayBook is a BlackBerry tab that was announced in August 2012 and released on the same. From the name itself, it is clear that the device has a support of 4G (LTE) technology. But the tab lacks the feature of cellular data,i.e., it doesn't allow us to use sim card. This tablet uses the BlackBerry Tablet OS v2.0 to operate.

Comparison of design and display

When we compare the dimension features of both the tablets, we can see that the Asus tab is a little lighter in its weight but their dimensions are almost same.
The Asus tab uses a LED-backlit IPS LCD capacitive touchscreen with a size of 7.0 inches. It offers a good display of screen resolution 800 x 1280 pixels having a pixel density of ~216ppi. The display is featured by multi-touching facility, other than these it also uses a Corning Gorilla Glass for screen protection.

The BlackBerry tab uses a TFT capacitive touchscreen with a size of 7.0 inches. It offers a good display of screen resolution 600 x 1024 pixels having a pixel density of ~170ppi. The display is featured by multi-touching facility. But it doesn't uses any method for screen protection.

Both the tabs have same screen size, but they differ in their display clarity since they have distinct display feature and resolution. Asus Google Nexus 7 Cellular is better since it has a highly featured display. The lack of screen protection facility and less display clarity of BlackBerry 4G LTE PlayBook tab makes the other one as the best.

The Asus Google Nexus 7 Cellular tab comprises of Quad-core 1.2 GHz Cortex-A9 processor which results a better base speed and makes more attractive. Other than the CPU, the device also uses an additional processing unit for graphical purposes ,i.e., ULP GeForce is used as GPU. The chipset used is the Nvidia Tegra 3.
The BlackBerry 4G LTE PlayBook comes with a Dual-core 1.5 GHz processor which also gives better performance. But no other graphical processing units are used in this tab.

While comparing both tablets in case of processing, we could see that both of them are using Dual core processors, but the BlackBerry 4G LTE PlayBook tab lacks in graphical feature since it doesn't uses any special processors for graphics purposes.

Comparison of Memory and storage


The Asus Google Nexus 7 Cellular tab has a better storage facility. It comes with an in-built storage of 32GB and also uses a RAM of 1GB. Actually the presence of 32GB internal storage and a 1GB RAM is a plus point for this tablet. But the device cannot fulfill the user's need since it doesn't supports any external storage.
The BlackBerry 4G LTE PlayBook also has the same specification in its memory feature,i.e, it also uses a 32GB internal storage and a RAM of 1GB.

The Asus Google Nexus 7 Cellular comes with a 1.2MP rear camera which is capable in video recording at 720p. The camera can be used for video calling purpose. No secondary camera is used.
BlackBerry 4G LTE PlayBook has a 5MP which can be used for capturing images of resolution 2592x1944 pixels. The camera is featured with auto-focus and Geo tagging facility. It also supports video recording at 1080p. A secondary camera of 3MP is also used.

In the case of camera feature, BlackBerry 4G LTE PlayBook is much better since it's camera is highly featured. Its camera can be used not only for video calling but also for image capturing and HD video recording. Asus Google Nexus 7 Cellular tablet has a low quality camera, in which its main use will be video calling.

After comparing the two tablet computers Asus Google Nexus 7 Cellular and BlackBerry 4G LTE PlayBook, now it is time to take a final decision for which one is better. We have compared them both in all aspects like Design, Processor, Memory, Connectivity feature, Camera. In case of design there is no need to take a decision that it the choice of user to choose the exact design. In case of processing and connectivity features, it is better to choose the Asus tablet since it has more features like GPU and Cellular feature. The memory feature of both the device are same. But BlackBerry 4G LTE PlayBook scores more in camera feature due to its high camera configurations. Now by getting these all information of the two tablets. In my opinion Asus Google Nexus 7 Cellular is better than BlackBerry 4G LTE PlayBook. Now it is your choice for the best one.