With Windows 8 making an almost forceful entry into the consumer market you are sure to adapt it sooner or later. Unlike the previous versions of Windows where you could simply download softwares from cloud and store it on a storage device, Windows 8 does not have that facility! With Windows 8 you need to install softwares the like mobile apps, which means no storage of the softwares, you directly install it when you are connected online.

Of course with so many apps it will be a little difficult to find the right apps for your Windows 8. But fret not, we have already gone through the needle picking from the grass and have listed the most useful apps for you as an Indian user. 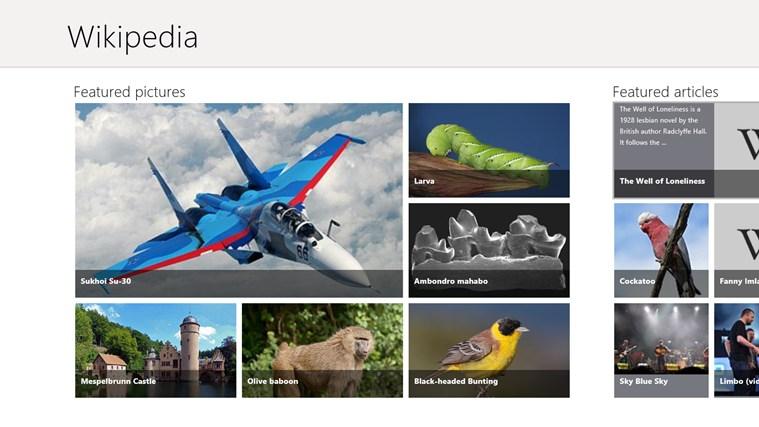 Your first stop for many of your queries can not be directly connected to your Windows 8 search apps after you have install the Wikipedia app. The pages looks stunning in the Windows 8 screen with the homepage showing features photos and articles. Also featured are the articles just updated. 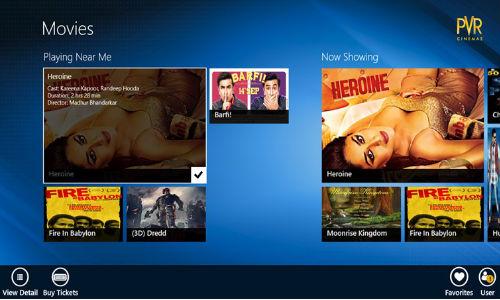 Want to catch a latest flick? Catch all the information about the movies at your nearest cinema hall with timings, seating availability, ticket prices and also the facility to book it from the app itself. The app will keep a record of your booking history and will also give you information about future releases.
Download Windows 8 app- PVR Cinemas from here 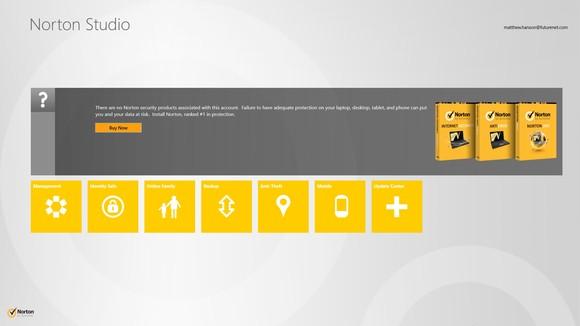 Windows has always been the primary target of hackers because of being the primary operating system of majority of general users. Windows 8 being a recently released OS might be safe for sometime but will not remain for long. Norton Studio is designed to protect your system quickly and efficiently. Of course there is the catch that you should running Norton Antivirus or Norton 360 as your primary anti virus software but then it is not a bad thing after all. In tests done during release preview time it was found that Norton's software perform better than Windows Defender. If you have other devices too with Norton subscription then you can easily manage and monitor Norton on other devices too with a single system. 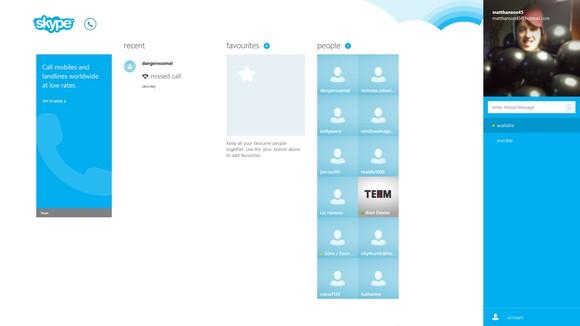 Skype app on Windows Store has all the features that the software commonly offers. Make calls from PC to PC or PC. You can receive the calls from Skype like a cellphone user- audio or video calls both are supported. The app can access the address book of the OS and also into the dialer list. 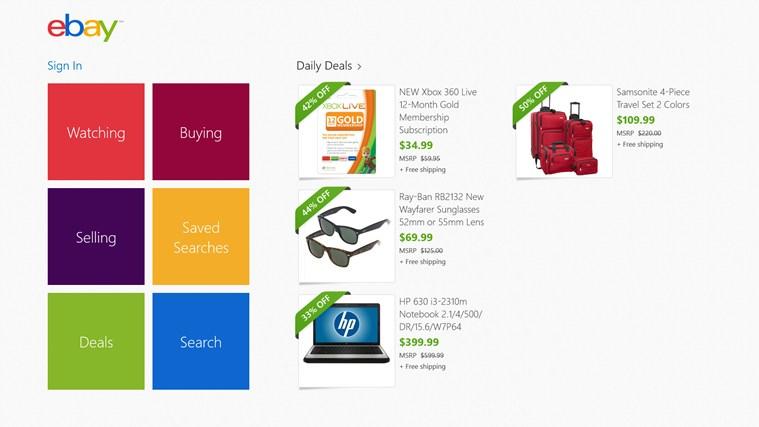 With eBay app you can access one of the worlds largest online marketplace. Get notifications from eBay for important updates. Add the eBay tile directly to your homescreen and keep an eye of the best deals on eBay. And of course, make purchases and share interesting deals with your friends and family. 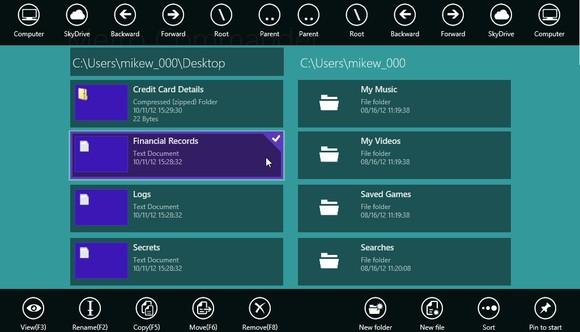 Explorer is like always the powerful navigation tool for Windows 8. However, if you would like a file manager that is much easier to use and more touch friendly then you can Metro Commander app.
The interface of the application is two pane and allows all core functions of a file management software- copy, cut, paste, move, rename and New folder. It also has SkyDrive integrated in its menu. 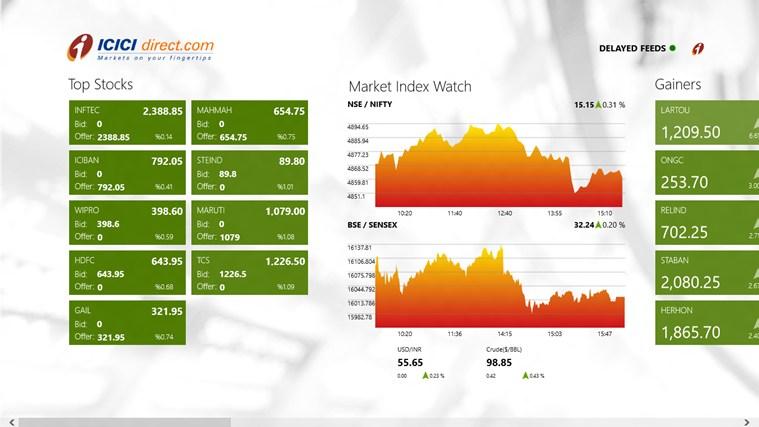 ICICIDirect online platform is a trusted award winning brokering platform which gives you access to trading, tracking your portfolio, get latest market updates, giving research calls, view quotes and much more directly from your your app. The app is quite famous in Indian market as is used by more than 2 million people of Capital market. 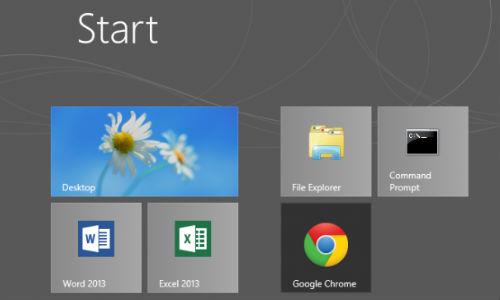 Chrome is according to a research the most secure browser in the list of commonly used browsers. Now, Chrome is also available in Windows Store and is optimized for touch screen devices. Large buttons and a beautiful interactive interface compiled with a safe and secure browsing experience make Chrome a must have app. 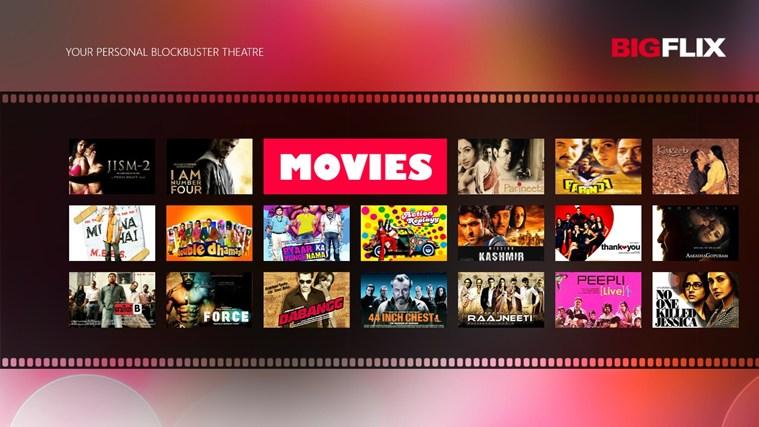 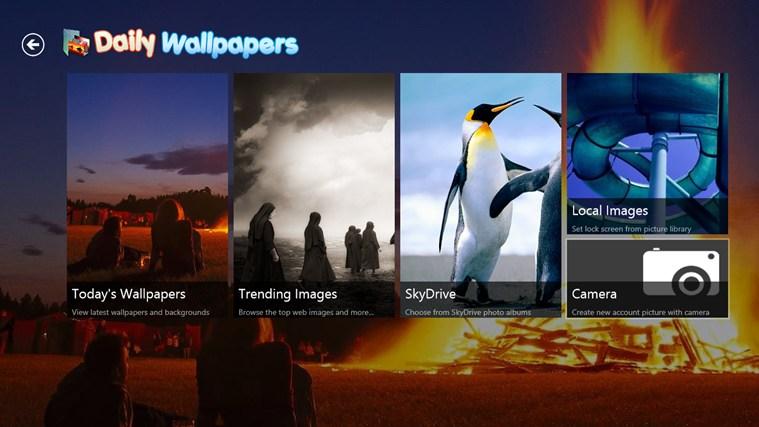 Though Windows 8 comes with some default wallpapers which look stunning on its high quality display, but let's face it, you will get bored by them sooner or later. This is where Daily Wallpapers comes in. It can sync images from your hard drives, Facebook or SkyDrive account and offers you to easily make them your wallpaper. Other than this, it has features called "Today's Wall" and "Trending Images" which offers you the option to choose from some of the amazing wallpapers being downloaded across the world from this app. Though it can be a little intrusive with its frequent ads but other than that you can comfortably spend your time with this app just browsing for a while through the amazing wallpapers.

My friend has bought an latest windows 8 smartphone. And article made him know rare apps in windows app store and he like this resource very much.
Regards and thanks
Rihan

Hi blogger,
Your article is good about Windows 8 Store apps. But you will create only pictorial presentation like article. there are lack of description in your article, so you have to describe features briefly and change the resolution of images which are very large, it not loock like good and text is looks like hidden behid the image.

Constitution of Indian is another nice App for Indian W8 users.

Thanks for sharing. I use MajorGainz to keep a general eye on things with nice overview, but will check out the others you mentioned.