Apple has finally unveiled its contender for the smaller 7 inch tablet segment with the iPad mini this fall. There were many speculations on whether Apple would ever take such a step as the founder of Apple Steve Jobs was against a smaller Apple iPad as he felt a 7 inch screen would serve no purpose as a tablet or laptop alternative. It however seems that Apple is wary of the market it is losing a considerable amount of market share due to high demand for a cheaper and smaller tablet and hence the launch of the Apple iPad mini by the Apple CEO Tim Cooks. On the other hand basking on the success of one of the most liked operating system for portable devices- the Android operating system, Google and the biggest threat to iPad- the Asus has already conquered the market with the Asus Google Nexus 7 tablet. It wouldn't be wrong to say that choosing between these two tablets would be the real dilemma for someone who is looking to buy a seven inch tablet PC these days. Let us see in details how these two tablets fare against each other. 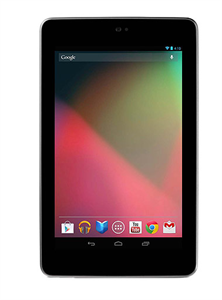 The Apple iPad is available in Wi-Fi only as well as 4G LTE variants. The 4G LTE variant supports micro sim and supports 2G network, 3G network and 4G LTE network connecting the user 24 x 7. The Asus Nexus 7 on the other hand is available in only Wi-Fi variant only. This is the main defect of Asus Nexus 7 and is one of the deciding factors for people who are looking to buy a small tablet. On the other hand if one is connected to Wi-Fi all the time and is choosing between Apple iPad mini Wi-Fi and Asus Nexus 7 Wi-Fi, then read on. 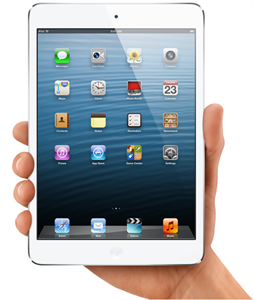 Both the tablets are crafted to perfection and it is hard to choose between them in terms of design and looks. The iPad on one hand has the signature Apple iPad smooth and classy look, the Asus on the other hand doesn't lose any ground there and equals iPad in terms of looks. Also the Asus has a golf ball textured back which allows users to easily cling to this marvel of technology.
The iPad is surprisingly light and feels almost like holding a small book on the hand. Weighing only 312 grams and having a dimension of 200 x 134.7 x 7.2 mm iPad is one of the slimmest and lightest things you would see which can be called a computer. The Asus is also a close competition with a weight of only 340 grams and having dimensions of 198.5 x 120 x 10.5 mm.

The Asus Nexus has a 16:9 viewing screen which can provide great video viewing experience but may be somewhat awkward to when browsing internet. The iPad on the other hand has a 4:3 aspect ratio based screen which makes browsing internet a heavenly experience while rendering an awkward output while viewing videos. Correspondingly users can choose the tablet according to their preference towards viewing videos or browsing internet or reading an e-book.
The Apple iPad has a 7.9 inch screen which is slightly bigger than the Asus counterpart which has a 7 inch display screen. It seems Apple finally decided that the smallest screen size worth using as a tablet is 7.9 inches. Now it is up to the user to decide which tablet would suit his or her needs. An additional 0.9 may provide with better viewing while on the other hand it loses some pixel density due to it. It would be worth mentioning here that the Apple iPad mini comes with a mere pixel density of 162 particles per inches as against a better 216 ppi that of Asus Nexus 7.
The display type of both the tablets is same with a LED-backlit IPS LCD capacitive multi touchscreen and having a rich 16M color screen. The Apple iPad mini has a sweat resistant oleophobic coating screen with screen size of 768 x 1024 pixels. The Asus Nexus 7 on the other hand has a tough scratch resistant corning glass coating and a screen size of 800 x 1280 pixels.

The Apple iPad comes with the seem-less and one of the most smooth flowing user interface with the iOS 6 operating system backed with the fast Apple A5 processor. It has a 1 GHz Cortex A9 dual core CPU and PowerVR SGX543MP2 GPU. The Asus on the other hand is built with a 1.3 GHz Cortex A9 CPU and ULP GeForce GPU, Nvidia Tegra 3 processor. It comes with Google is very own Android OS v 4.1 Jelly Bean operating system.
It would be a hard choice to choose between the two tablets based on the operating system as both have their own pros and cons. Also despite the fact that the Apple processor is dual core and Asus comes with a quad core, it is however to be noted that Apple claims it to be equally fast owing to a faster A5 processor which it uses.

The Asus comes with a 1GB RAM and is available in 8 and 16 GB internal memory variants. There is also news about a 32 GB version of the tablet to be released. The Apple iPad mini on the other hand has a mere 512 MB RAM which is a definite let down for the tablet. It is available in16/32/64 GB variants. A point to be noted here is that both the tablets lack an external memory card slot.

Another big difference between the two giants is the camera. Apple iPad mini has a 5 MP primary camera with video recording capabilities at 1080 @ 30 fps and a secondary camera of 1.2 Mp and 720 @30 fps capabilities. The Asus Nexus 7 on the other hand has a mere 1.2 MP and 720 fps primary camera and no secondary camera. This can be severe let down for people who are wishing to use the tablet for video chatting on Skype or Facebook. Also the big difference in camera pixels may be a let-down; some might not consider this as a disadvantage as, well… it looks silly taking pictures with 7 inch tablet.

The Apple has a 16.3 Wh Li-Po battery which can provide a 10 hour continuous use. The Asus also claims a 10 hour usage time with a 4325 mAh Li Ion battery. This may be considered a draw and there is nothing much to conclude here.

The Apple iPad mini and Asus Nexus 7 have many features common such as Accelerometer, gyro, html, gps support etc. However there are some places where the differences can be visible such as a mini USB port in the Asus tablet which is much handy as compared to the Lightning connector which comes with the Apple counterpart. Also absence of Flash and Java can go against Apple. On the other hand Siri and iCloud provide Apple iPad mini a upper-hand against the Asus Nexus 7.

The price difference between the two tablets can be the final deciding factor between the two tablets. The Asus starts at $ 199 for the 8GB base model which is going to be further lowered to $149 as per the company's announcement. The Apple iPad mini on the other hand would cost at least $329 for the base model of 16 GB. The Asus Nexus 7 is available in a shiny black and white avatar (black front and white back) while the Apple iPad mini provides more color options with Black/Slate and White/Silver variants.

As one can see, there is stiff competition between these two tablets; it is however based on personal requirement and preference to select the better of the tablet.

For people who are constantly on the go who would like to use the tablet mainly for checking mail, browsing internet and reading ebooks while on a journey would definitely prefer the iPad mini.On the other hand someone for who is always under Wi-Fi zone and has more inclination towards multimedia, the Asus Nexus would be a better option.