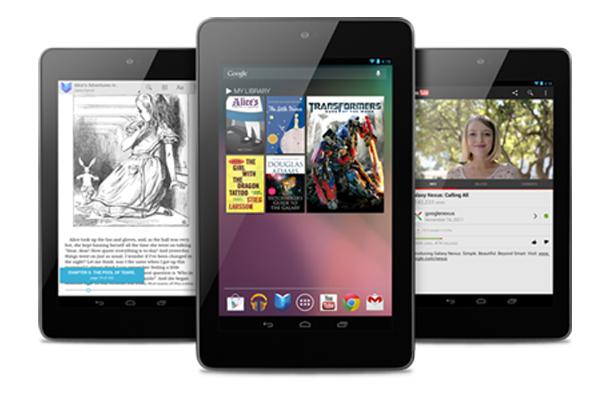 Asus has officially announced the Asus Google Nexus 7 in June 2012. 7.0 inch sized LED-backlit IPS LCD capacitive touchscreen is used in this tablet. The device has dimensions of 198.5 x 120 x 10.5 mm i.e. it is 198.5mm long, 120mm wide and 10.5mm wide and it tablet weighs only 340g. Latest Android OS v4.1 (Jelly Bean), upgradable to v4.1.2 is installed in it. Since the Asus Google Nexus 7 comprises of Quad-core 1.3 GHz Cortex-A9 processor, it shows a good performance in its processing. Apart from these the tablet uses a Chipset of Nvidia Tegra 3 and a GPU of ULP GeForce which helps in its graphical interface. Sensors like Accelerometer, Gyro, Proximity and Compass are present in this device. Internal memory and RAM specifications of this tablet are awesome, it has 8/16GB internal storage and 1GB RAM. The device doesn't supports any external memory, so no MicroSD cards can be used in it. You can store images, videos, songs and data in the internal storage space. The audio and video formats like MP3, WMA, AAC, WAV and MP4, H.264 are supported in this tablet. Just like other tablets, Asus Google Nexus 7 tablet comprises of a 1.2MP camera which can be used for capturing quality pictures. No secondary camera is present in this device. The camera also shows an extra-ordinary behavior in its video capturing . It can be used to record HD videos at 720p. The Asus Google Nexus 7 supports connectivity features like 2G, Wi-Fi (Wi-Fi 802.11 b/g/n), Bluetooth , GPS , microUSB v2.0 and NFC (Near Field Communication). A standard battery Li-Ion 4325 mAh is used in this device which gives a talktime of 10h. 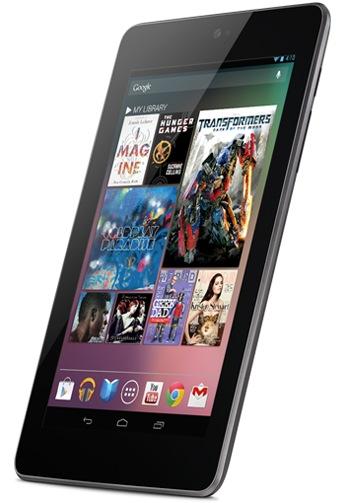 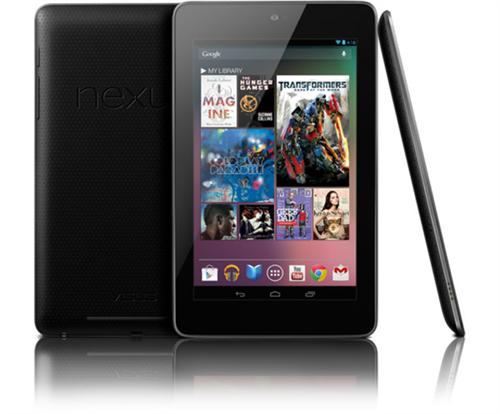 Operating System
The latest version of Android OS is used. The device comes with Android OS, v4.1 (Jelly Bean) and can be updated to its higher version v4.1.2.

Camera features
The tablet uses a 1.2MP camera and HD videos at 720p can be captured and no secondary camera is used in this device .

Memory and Processor
The tablet has an inbuilt memory of 8/16GB and a RAM of 1GB. The device works over Quad-core 1.3 GHz Cortex-A9 CPU, Chipset Nvidia Tegra 3 and GPU ULP GeForce.

Additional features
The Java applications can't be opened in this tablet. The sensors used in this device are Accelerometer, gyro, proximity and compass sensors. This tablet comes in only Black color.