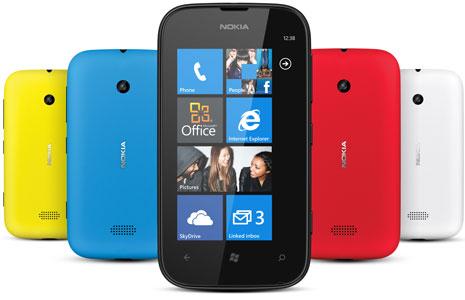 Nokia has announced the launch of Lumia 510 in India. It is the latest addition to the Lumia series from Nokia. The price and launch date of the phone are still not disclosed. However, Nokia has stated that the price of the phone will be below Rs.11,000. Nokia decided to launch this model due to the great success of Lumia 610. This is basically a low-budget Windows phone from Nokia.

Talking about its appearance, it's a trendy mobile with vibrant colors. It will be available in 5 colors namely, white, cyan, red, black and yellow.

Nokia Lumia 510 is an entry level windows phone. It will be running on Windows 7.5. Moving towards the specs, Lumia 510 sports a 4 inch WVGA capacitive touch screen with a resolution of 800 X 480 pixels. There is a 5 megapixel primary camera that records videos in VGA mode at 30 fps. Other camera features include autofocus, geotagging and face detection. The camera can click pictures of resolution 2592 X 1944 pixels.

The phone's internal memory is merely 4 GB that cannot be expanded as there is no external microSD card slot. However, being a Windows phone, Lumia 510 gives 7 GB free cloud storage to its users on Skydrive. This may fulfill the memory needs of Lumia 510 users to some extent. The phone has merely 256 MB of RAM and 800 MHz processor which is quite disappointing as Android phones offer 1 GHz processor at lesser price. 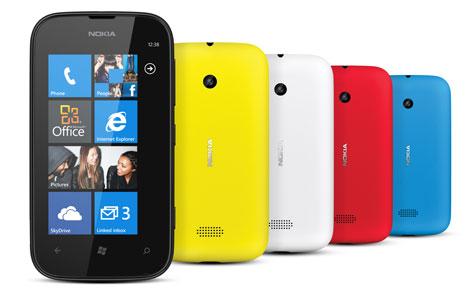 Considering the overall features, Nokia Lumia is just a Windows mobile phone in low budget. It doesn't offer you anything special as compared to other phones in the same price range. If you compare this phone with Android phones in the same range, you will find Android phones to be better than this. But, if you want to own a Windows mobile without spending a lot of money, then Nokia Lumia 510 is the ultimate choice.

Read about Nokia Lumia 510 Smartphone in this review and also about features and specifications of this smartphone.

Nokia has just introduced their most affordable Lumia smartphone, which is Nokia Lumia 510. Read on this article to know the complete review and specifications of the latest device from Nokia and also find the pros and cons of the device. Also see the price and release date of the Nokia Lumia 510, which runs on Windows Mobile OS.