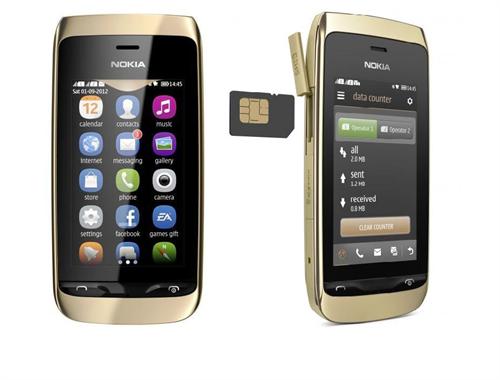 Nokia has launched Asha 308, a new variant in Nokia Asha series. This is a dual sim touch screen phone from Nokia. The phone has been launched in India by Nokia and is available for purchase on Nokia's official website. The price of the phone has been set to Rs.5,865 by Nokia.

Nokia Asha 308 has a 3 inch capacitive multi point touch screen. The screen resolution is 400 X 240 pixels. The phone is more responsive to the user's touch. The phone is full touch screen with "call" and "power" keys present below the screen. As expected, the phone runs on the Nokia's S40 full touch interface.

The rear camera, of the phone is of 2 megapixel resolution. There is also a front VGA camera. The main camera has a fixed focus and can click pictures of resolution 1600 X 1200 pixels. However, the camera lacks the LED flash which is a drawback. The digital zoom of camera is merely 4X. You can record 176 X 144 pixel videos at 10 fps.

Internet surfing has become two times faster with Nokia Xpress browser. There are Facebook and Twitter shortcuts present on the homescreen. 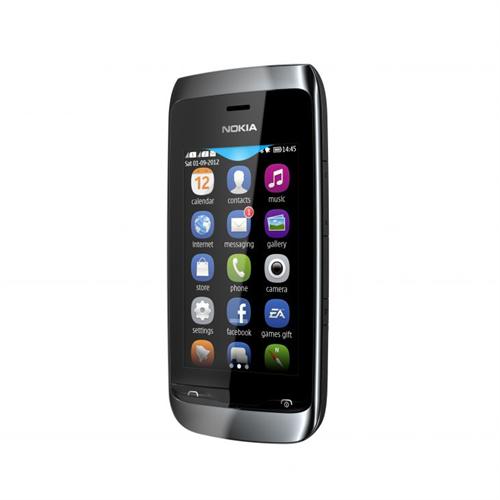 In this article, I am going to shed light on the features, specifications and price of the most recently launched Nokia Asha 308 by Nokia. Please read the below article for its details.