After keeping the hope live for the past few months, HTC has unveiled the HTC J butterfly which is toughed to be the world's first Phablet to feature a 1080 pixel display (440 ppi). The HTC J Butterfly HTL21 designed and developed by HTC, the Phablet was unveiled on 17th October 2012 by KDDI, a Japanese carrier. The Phablet which is set to be released exclusively in Japan during December will come with three colour varients; red, black and white. As the company has not mentioned any details about its international release, the only thing the Phablet lovers in United States, United Kingdom and India can do is to keep their hope bright. 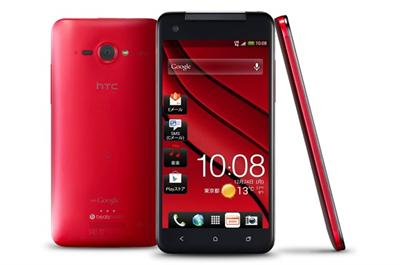 The HTC J Butterfly HTL21 comes with a 5-inch 'Super LCD 3' display having full HD resolution (1920 x 1080p). Powered by a 1.5GHz Qualcomm S4 Pro a quad-core processor, the HTC J Butterfly would enthrall tech enthusiasts with its smooth execution over games and applications. Coupled with 2GB of RAM, the Phablet comes along with an internal storage capacity 16GB which can be expandable upto 32GB using a MicroSD card. J Butterfly features an 8 mega pixel rear camera for 1080p HD video recording and quality imaging while a 2.1 mega pixel front facing snapper is attached to it for face to face viceo chat and web conferences. The HTC ImageSense which comes preloaded with unmatchable features like Burst Image capture and others which will give a digital touch to your snaps.

For connectivity the Phablet do have WiFi, Wi Fi tether, Bluetooth 4.0/BLE and 4G LTE which gives faster download and upload speed. Embedded with a huge 2020 mAh battery, the life of the Phablet can be extended for hours. The device is powered with the latest Android 4.1 version Jelly Bean Operating System while the HTC 4.1 customerization would provide a traditional HTC environment. Panels supplied by Sharp and JDI will be used in HTC J Butterfly.

With the launch of J Butterfly, HTC aims to being back their lost glory. If this Phablet records a quick sale, the company might introduce a Phablet with similar quality in the global market too. The HTC J Butterfly HTL21 would be pitted against Samsung Galaxy Note which is expected to give a face to face challenge.

As there is no wording of price of HTC Butterfly HTL21, the phablet would reach the shores of Japan in December 2012.