Get your heart racing with the fresh racing game by HappyTouch for Android devices (2.1 or higher)- Crazy City Racing. A really amazing game by HappyTouch giving you a toned down NFS feeling on your smartphone or tablet. Giving you multiple racing options in form of Rally racing, cross country mountain racing and street racing; this new Android game has certainly much to offer to Android speed racers. Read more about Crazy City Racing in our review. 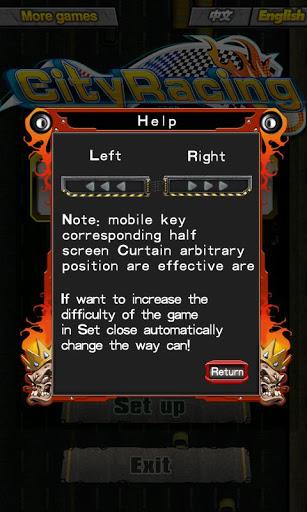 The game is all about practice. If you have played Need for Speed then you will be all too aware that in such types of games, the more you practise, the longer you last.

Keep your concentration on the screen and thumbs firmly placed.
Observe the upper portion of the screen to plan your moves. Traffic and hurdles won't change their lane so by looking at the traffic in the start itself you can decide your path. 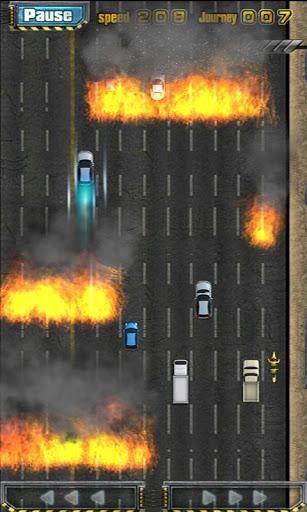 Get rid of the helicopter as soon as you can, it will block your field of vision and is probably the most dangerous object which can get your car crashed.

If you are completely blocked by traffic from the front, try getting to the side of the screen, here you can take out a bike rider which will take away one life bar but won't completely burst you. This will give you the chance to continue the game. 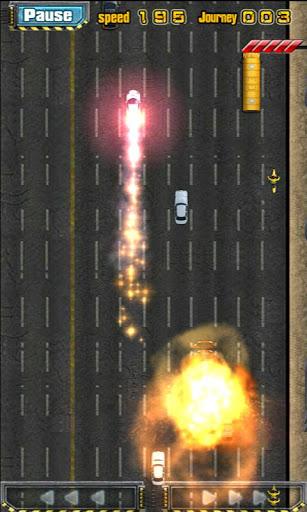 The app installed quite easily and the whole gameplay was smooth with no hangs or anything to disturb the gameplay. Geometrical graphics which gives a clean look to the interface and helps you concentrate properly.

The speed of the car goes on increasing the longer you stay in the game. Though the scoreboard shows your wreckage score, in the gameplay, you actually have to prevent your own car from becoming wreckage. When you change the lane, by default a single tap will change the whole lane, however, if you find the game too easy in the start then you might want to consider setting "Wrap Road" to Close. With this setting, you will have to do precise tapping or continuous press to get your car at the right location. 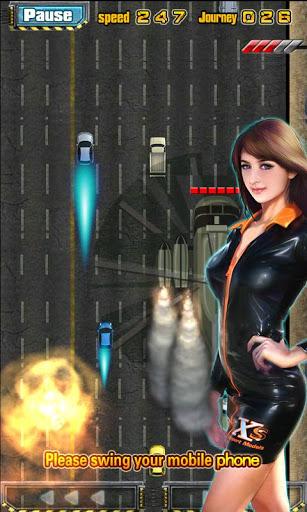 To get rid of the view-blocking helicopter, you need to swing your phone which makes it a little dangerous as you lose control over your car for a few seconds. A good addition by the developers to introduce some challenge in the game.

The audio of the game is too simple, probably a setback to those of us who are used to the exciting audio track of NFS or some other racing games on Android apps. 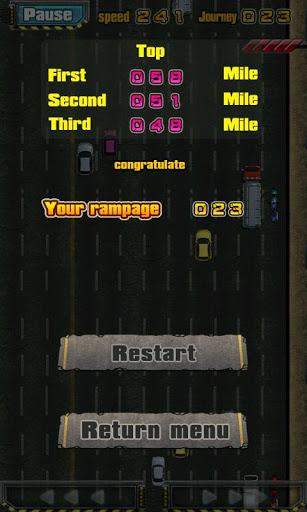 A good game overall, will keep you hooked for a good time. With no freezes in the gameplay, Crazy City Racing is a wonderful racing game on an Android device. A recommended game for all.