Life's Good for the winners at the 'LG Smartphone Idea Camp'

Consumer Electronics giant LG has often been in the news for their innovative campaigns that strike a chord and connect with the youth. Way back in 2010 LG realized the important role that students and young adults could play in a highly competitive mobile phone market that shows no signs of saturation levels. That is one of the reasons LG came up with many smartphone series in last few months.

LG cube launched a campaign then calling it "Design innovation". As the name suggests, students from premier institutes and colleges were asked to participate in a contest that could bring out the best innovators in the design category among them.

The overwhelming response they received then, coupled with the statistics of a market with a subscriber base of close to 930 million people, that continues to grow at a breakneck pace has had LG launch yet another campaign that was youth centric. 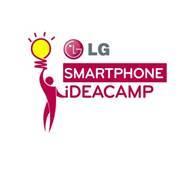 On the 1st of august 2012 the company kicked of their campaign and called it the 'LG Smartphone Idea Camp'. The concept was innovative and simple. Consumers were required to present their ideas on features, designs, apps, concepts or services that they thought would suit their phones best.

The concept of having their ideas implemented in the future production of handsets, a shot at an internship at the LG R&D Center at Bangalore and cash prizes with gifts to the tune of rupees 15,00,000 was too hard for Generation Next to resist. They responded with enthusiasm and gusto to the online campaign that ended on the 15th of September this year.

Jury members then went through the arduous task of whittling down the competition to the forty best ideas. These participants were then invited to a workshop aimed at designing and developing innovative ideas for products and create unique problem solving solutions for technology. The workshop called the 'LG Innojump' was held a the Le Meridian hotel in New Delhi between the 4th and 6th of October.

8 contestants made the cut for the Grand finale. Mr. Brian Kwon, Sr. VP Product Planning LGE Korea and Mr. Yong Joo Lee, President LGSI R&D formed the jury and were amazed at the responses they received. After much scrutiny and careful deliberations 5 people were selected as the winning team and they walked away with 350000 rupees. Other winners were given Optimus 4X HD Smartphones and internships at the LG R&D center at Bangalore.

Mr. Soon Kwon, MD, LG Electronics India when addressing the media said "India is at par with the global consumers when it comes to technological awareness, thanks to the growing consumerization of technology. In a country like India, where the youth constitutes a huge chunk of the population, one can only imagine the huge potential lying under the seams. The LG Smartphone Idea Camp was as successful as we had expected it to be, if not more. The sheer brilliance of the ideas received and insights gathered is incredible. The objective of this competition is to recognize the emerging talent in the design & technology category at the national level. The concept behind Smartphone idea camp is to promote 'out of the box thinking' and believe that the sky is the limit when it comes to innovation".

Going by the way LG pulled of their last campaign it looks like the consumers are in perfect agreement with the user inclusive marketing strategies the company seems to be employing with great success in Smartphone and consumer electronics market.