One of the first tablets to run Windows 8 is going to be out on 26th day of October 2012, and the tablet-maker has confirmed this. The tablet is going to be a step ahead in future computing where users will be able to have Windows experience via touch platform. Definitely, this is going to change the way people use tablets and computers. Best beneficiaries are going to be the people who have been using tablets for quite some time now. Come; let us have a look at some of the features of this new change-the-way-people-compute tablet – the Acer Iconia W700. 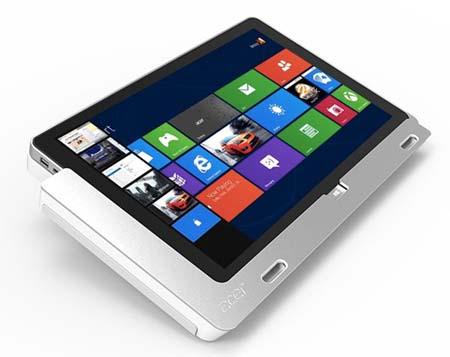 What Makes Acer Iconia W700 Different from Others?

The tablet has been especially designed and developed for Microsoft's Windows 8 platform. The touchscreen experience combined with the tablet form factor is going to be a paradigm shift in how people use computers. The tablet will offer much more than one can anticipate, in addition to the latest OS support.

This beautifully-designed tablet is a pleasure to watch and hold. However, it largely looks somewhat similar to the Apple iPad and Samsung Galaxy Note, the aluminum sides, back panel, and other features give it an altogether modern-day outlook. The tablet has a hard button below the screen to access the menu; somewhat similar to the Windows Start Key on a standard keyboard. Towards the right are volume control buttons and a 3.5-mm headphone jack along with the power button. Towards the left are ports for micro HDMI, AC adapter, and USB 3.0. There is also an orientation lock button present on the top of the tablet. 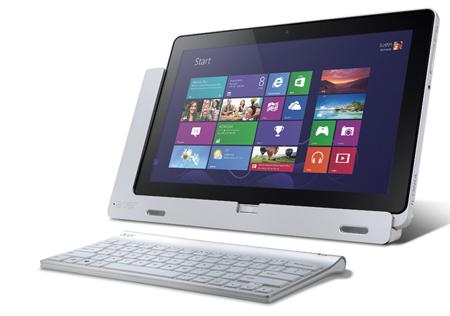 The Iconia W700 has a display measuring 11.6 inches with a resolution of 1920 x 1080 pixels and full HD support. The IPS liquid crystal display touchscreen is bound to be one of the best and brightest available in the market. Gorilla Glass provides the essential strength to the display.

What is Inside Acer Iconia W700

The tablet comes packed with Intel Core processor – with a choice to make between i3 and i5. With 1.7 GHz processor and a 4 GB DDR3 RAM, one can anticipate it to function at blazing speeds. Similarly, one can also make a choice between the storage capacity of the slate – 64 GB and 128 GB SSD.
Also, Iconia comes equipped with a 4,850 mAh 3-cell Li-Polymer battery along with two stereo speakers and Dolby digital audio. Per the manufacturer, it can run for nearly 8 hours, once charged fully.

Acer Iconia W700 has a 5-megapixel rear camera 1-megapixel front-facing camera, both of which have capabilities to capture HD videos at 1080p and 720p, respectively. All in all, the tablet weighs 2.04 pounds without the protective leatherette case, which increases the overall weight of the tablet to a pound more. Besides charger, the slate comes with a docking station and a Bluetooth keyboard, which makes it easy for the users to type longer content. Furthermore, the docking station allows the user to use the tablet as a desktop; it also adds three 3.0 USB ports to the one in the tablet itself. 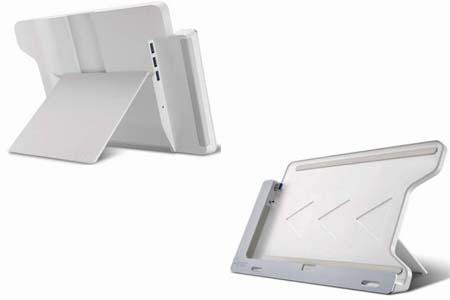 Here you can get the difference between Acer Iconia tab W510 and Iconia tab W700. Here I have differentiated between its specification, cost and the tablet performance in this article. Enjoy reading about this Windows 8 tablet.