This October will be most exciting for all the Microsoft fans. As announced earlier that Microsoft will be launching the latest version of its new operating system Windows 8. But that's not all. Microsoft has made it even more interesting by announcing the launch of its first Surface tablet in October. So, it is a dual launch from Microsoft. Microsoft has started sending invitations to attend the "Surface reception" that will start on Oct 25. The invitation contains the Microsoft's new logo along with New York's mega structure theme that shows the buildings in Grey and other colors. 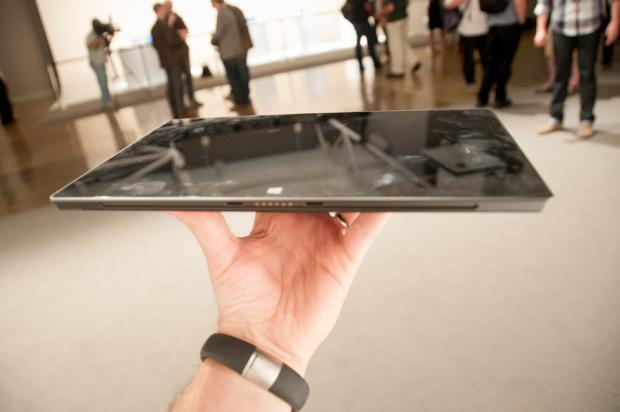 According to latest updates, the tablet will hit the market on 26 Oct with a price tag of $199. This may be a strategy to give competition to Google Nexus and Amazon Kindle Fire.

What actually is the "Surface tablet"?

Surface tablet is a tablet PC that will be launched by Microsoft on Oct 25. The special feature of this tablet is a detachable rubberized keyboard. As appears from its pics released by Microsoft, it is a stylish, sleek and a unique tablet. It will have a 10.6 inch Gorilla glass display and a built in kickstand. It will run on Windows 8. 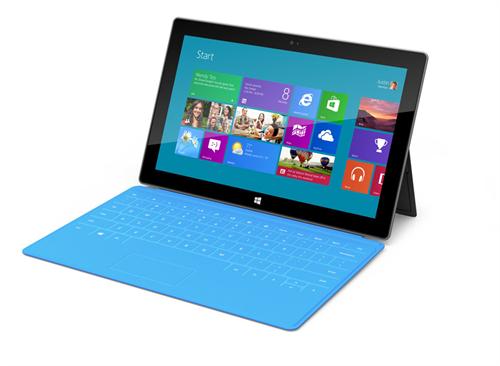 The rubberized keyboard acts as a back pack when not in use. To use it, it should be folded under the tablet to lie down on the surface where it is placed. The keyboard is 3mm which is extremely thin as compared to the existing keyboards. You need not to worry about accidental key press when the keyboard is folded as a back pack. This is because the keyboard comes with an accelerometer that tells it when it is active and when it should be disabled.

There will 2 cameras in the tablet, i.e. front and rear. There will be dual microphones, USB port and a microSD slot.

Surface tablet will be available in two variants

There will be two versions of Surface tablet to be launched :

Surface's competitors in the market

Although there are a lot of competitors in the market, surface tablet will be a success launch of Microsoft because of its unique features. Also, it is more powerful than the existing tablets and has a detachable keyboard. So, its users will feel like using a net book while they will actually be using a tablet.

Microsoft had not disclosed much about the surface tablet. So, everyone is waiting curiously for its launch. Also this will be the first hardware launch from Microsoft. Microsoft has planned to launch the Surface tablet and Windows 8 new version at the same time in the market. Both will be available in the market from 26th of October.

I really needed to find this info, thank God!