Pros and cons of Prototype 2 game
What I liked
I liked the whole setup of Prototype 2 game. The conversations are great and they are provided with great graphics. The motion of vehicles and firing of gun with proper sound is very good. The scenes of you traveling in a tank and trying to shatter the helicopters are look very nice with the graphics.

Where it is lagging
We can say that that if they could have added more complicated enemies then it would have been better. Sometimes while playing the game it looks like that enemies are very weak. It would have been nicer if I could play this with a joystick.

Ratings for Prototype 2 game
I would give 9 out of 10 to this game.

Early this year a game called as the Prototype came on the Xbox 360 and other play stations. But the success of the game forced the developers to issue its PC version. So here we are with new Prototype with computer features. The game is based on the storyline and you are assigned a character. The game has better graphics and nice dialogues. So let's see more about this game in detail.

The game is a strategy cum RPG game. You are assigned a character which you will drive throughout the game to play the game. So the game starts from here. There is military operation being carried at a city. They say that the city is attacked by some deadly virus. Then you will find in later stages that you are wrong and the defense is carrying out a plan to test the weapon which are bio chemical in nature. So from here your adventure starts. You have to kill the Blackwatch, a defense contractor and others who are part of this atrocity. So you have various levels and you have lots of people to kill. The story line and explanations at every point are good and best in its class. The levels get difficult as you proceed and you will get a lot weapons. The way you have to apply various acts of combat while playing Prototype is very good. Combats are very good and unique and exclusive to this game. You actually eat up the infected people who have converted to living dead creatures which gives you their power and memories which is instrumental in revealing the game plot. 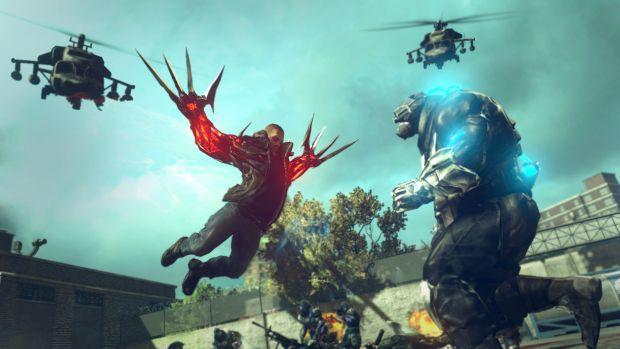 Your character in Prototype 2 game

The name of your super character in Prototype game is James Heller. The proper costume of the character is good. There are lots of combat techniques which are given to this character.

How Prototype 2 is different from other games

Now here is a piece of advice before you come to play Prototype 2 game. First of all the games loses its whole fun if you are playing it with the keyboard. Because, there are various places where you will have to press lot of keys to perform a certain action. This game is best played with analog controls and not mouse and keyboard. Now talking about the difference then there are many. First of all the game gives you the ultimate feeling of being in the open. The wild nature of the actions is very nice. The weapons and the storyline used are good. The operations and the levels which are provided in Prototype 2 are very good and highly commendable.


This is the area where Prototype 2 takes the advantage. The graphics in Prototype 2 game are very good. There are very nice effects of blood coming out from the enemy when you hit him and the bullet strikes the body. The main play screen has been kept simple and this is good as it gives a wide area to play on. Also, there are various other things like car graphics, building graphics and when you perform various actions, that time too the graphics are very nice.