Samsung Galaxy Camera as an Overview 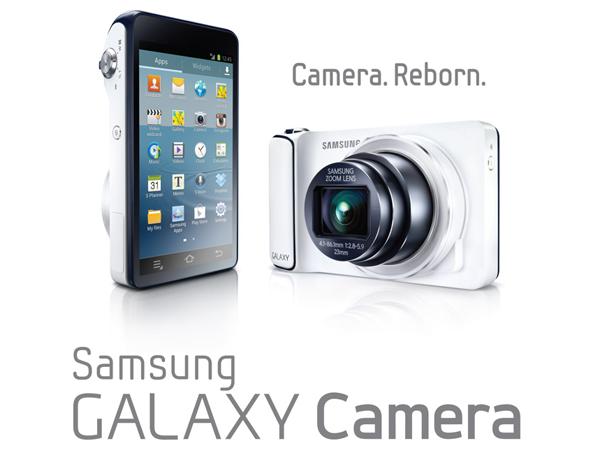 Samsung reveals the features of its all new Galaxy Camera. It comes with a 16MP BSI CMOS sensor capable of super zooming. The highlight is that it is an Android device. Android OS v4.1 (Jelly Bean), the latest version of Android is used to operate. Even though it uses Android platform to work, it is mainly concentrated on it's camera functions. It can capture high quality images and videos. One side of the device consist of a 16MP BSI CMOS sensor a 21x zoom power, focal length of 23-481mm equivalent zoom and on the other side there is a 4.8 inch sized touchscreen in which we can use several functions by touching or pressing necessary buttons. By considering the functions of the camera device it has more resemblance with the features of smartphones, but the only difference is that it doesn't support calling feature. Just like Samsung Galaxy S3 this Galaxy camera uses 1.4GHz quad-core processor. Actually these features are the backbone of this device. The camera will be available in two versions - one with 3G connectivity and the other with 4G connectivity, but of both of them supports Wi-Fi. 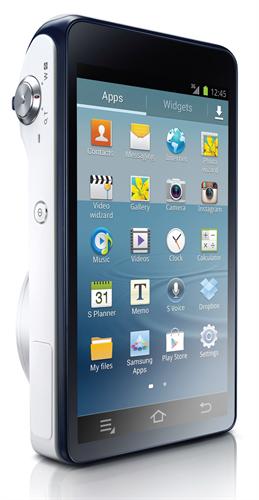 Other than simply taking HD images, the Galaxy camera has additional features which makes the product more attractive. Let us take a look at it. The Smart Pro feature makes it easy to reproduce advanced photography settings within a few simple steps for mind blowing image results. Using r\the menu itself users can change the camera settings in such a way that the output from the camera will be awesome. Let us take an example, the Rich Tone setting increases the intensity of the image, while the Light Trace setting controls the shutter speed. The camera has a good 21x optical zoom which can be adjusted by either pressing button or using the touchscreen in which we can renders long distant images. The camera's 16 Megapixel BSI CMOS sensor captures images in excellent color and better resolution, wide angle shots can be made possibile with 23mm aperture lens.

The Galaxy Camera comprises of a set of 35 photo editing features through the Photo Wizard facility, which allows users to make professional editing on the images.The Movie Wizard which is inbuilt feature in the phone allows users to make and modify better quality videos easily from the touch screen. Other than the pre-loaded applications from Samsung, users are able to browse and download any applications from Google Play or Samsung Apps stores. If users are unaware about which app is to be downloaded, then S Suggest will helps the user to know more about that.

The Auto Cloud Backup feature in the Galaxy camera will automatically store essential pictures into the allocated cloud space via Samsung's AllShare. The most attractive feature is that it allows users to share photos at the same time that they capture them with Share Shot. The connection to 3G or 4G are possible in this device, through those connectivity range sharing and browsing can be made. The GALAXY Camera also functions on Wi-Fi connectivity for extra speed. The quad-core processor enables the multi tasking, fast browsing and also the high speed image processing and so on. 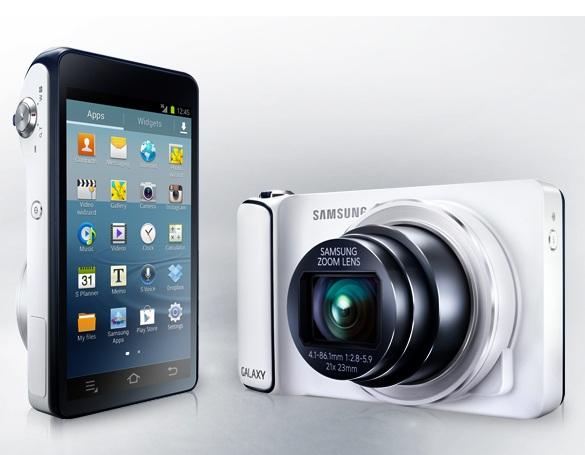 The camera device is of compact type. Its one side contains the camera and the other side consist of the 4.8 inch sized touchscreen.

The camera supports micro SD, micro SDHC and micro SDXC and also has an inbuilt storage of 8 GB.

In this article, I will explain the strange and weird device, 3D picture frame. It device is running on Android Operating System. It is available only in Japan. Its name is NF-300i. It is 7.2 inch display device, that is 800x600 pixels