UPDATE 1 April 2013: GSM Unlock Labs is now offering free and paid unlocking services for most of the phones including Apple iPhone.

Apple announced iPhone 5 recently and sales of this new iPhone broke the sales record by selling more than 5 units within first week of launch. In USA, the iPhone 5 is available with 3 networks: 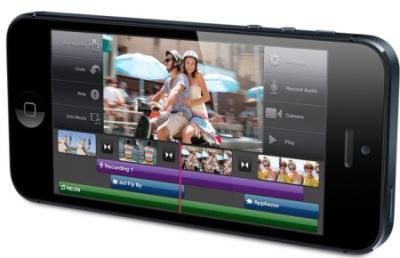 If you buy the iPhone 5 from USA and take to other countries like India, there is no guarantee that it will work with carriers in India. Only Verizon is offering factory unlocked iPhone 5 in USA. Typically, the mobile phones in India are not locked and consumers are free to use SIM cards from any provider. However, if you are bringing a locked iPhone 5 from USA to India, it may not work unless you unlock it. Read further to learn how to unlock iPhone 5 legally without spending a lot of money and getting in to legal issues.


How to unlock iPhone 5 legally

Unlock iPhone 5 from Verizon Wireless: If you are in USA, the best option I have found so far is, buy it from Verizon. The iPhone 5 from Verizon is factory unlocked for GSM and can be used with any GSM network. Once you get your iPhone 5 unlocked, it will remain unlocked for good and you can carry it to any other country and use it with the local SIM. Make sure you get a supported NANO SIM in the country you are travelling to. It has been confirmed that your iPhone 5 will not get locked again once you get it unlocked.

Even though Verizon gives factory unlocked iPhone 5, you are still under contract with Verizon, whether you use the iPhone with them or not. This option is particularly useful for people who travel abroad. If your intention is to buy an unlocked iPhone from Verizon and then switch to another carrier, you may end up paying the cost for breaking the contract.

As per the current rules, AT&T will unlock your iPhone after you complete your contract period or after you pay off the charges involved in contract breakage. There is no other way to get it unlocked from AT&T directly and legally. Of course, you have other third party jailbreaking solutions.

How to unlock iPhone 5 from Sprint: Sprint is a lot nicer than AT&T, in my opinion. They will unlock your iPhone 5 for international use, if you have a minimum of 3 months with them in good standing. Even if you don't have 3 months account history, you may still call the customer support and try your luck. When you are travelling abroad, call the Sprint customer support and get your iPhone 5 unlocked. However, Sprint does not allow you to unlock the phone to use with competing networks within USA.

Apple N Berry has been offering iPhone unlock solutions for quiet sometime. I myself used the Gevey Ultra unlock solution for my AT&T iPhone 4 when I moved to India. Even though I paid off the full contract break cost, AT&T refused to unlock the phone. So the final solution I found was Gevey Ultra from Apple N Berry. My Gevey Ultra worked fine for a while even though there were few glitches and useability issues. Later I got the phone unlocked directly from AT&T.

Now Apple N Berry is offering another unlock solution which will work for iPhone 5 as well. The iPhone IMEI Unlock solution will work only for AT&T phones and it will cost you some good amount of money. The current rate for using the IMEI unlock is US$ 49.99. This is a permanent unlock and the phone will remain unlocked once you use this service. Whether you upgrade the iOS or change the SIM to another carrier, the phone will remain unlocked, according to Apple N Berry. All the user reviews posted in Apple N Berry website shows good feedback and it appears to be working fine for everyone even though it takes up to 48 hours to get unlocked.

May I know when i5 phone release in India?

Suggest me to buy iPhone 4S or iPhone 5 is the best? When you compare iPhone 4S and iPhone 5 - then which one is good?

Thanks for your comment. We still do not know the iPhone 5 release date in India. As soon as we hear the official word about it, we will publish the updates. Hopefully, we can see iPhone 5 in India by end of this year and the price also will be reasonable and match with the international price.

What was the contract breakage fee in your case from AT&T? Whats the fee from Verizon and Sprint?

The one thing that every iphone owner wants so desperately is to get His/her iphone unlocked as soon as possible.If your iphone is not unlocked that you are forced to use the sim of the service provider with which initially bought your iphone.But once you make your iphone unlocked then you can use it with any service provider sim.Also after unlocking you can use a sim of a different country in your iphone when you visit that country.Earlier people always tried to get their Iphone Unlocked through illegal ways which always possessed a threat of warranty removal if caught but now as you have told us the legal way ,Now people can surely unlock their iphone without getting worried about warranty issues.

If I buy iPhone from Verizon and travel back to India, will it work for Vodafone sim? What will be the total cost involved?

You can bring iPhone from USA to India but make sure it is unlocked . You may be to get it unlocked in India by spending some money but such unofficial unlocking may give problems when you upgrade iOS. It is better you get it unlocked legally in USA by paying off all contract fees.

@tony john ,
Sir , even i am planning to buy a i phone5 verizon unlock version....will u give me detail information or link about the contract fees and detail...hope it does not mean buyin it at $649..

I have an iphone 4s locked from the US (sprint network) which was gifted to me by my daughter, could this phone be unlocked and used in India and if so by whom and what will be the cost.

Thanks for the information.
I like to add a few more points regarding iPhone Unlocking.
We can unlock iPhone 5 by using Remote Unlock Method which is safe and easy.To get remote unlock service we can use online venders like ProUnlocking.com

If I buy an AT&T iPhone 5 from USA and bring it to India and unlock with a 3rd party application or jailbreak, will it be permanently unlocked even if I upgrade its OS and I can use it with Indian carrier for ever? Please reply me at - shoubhik.biswas@yahoo.com

I have a softbank provided iPhone 5 bought from Japan. Can it be unlocked and can it be used in India?

i have to buy a apple i5s or i5 from usa wat should i do that itz work in india and with carrier should i purshase.....

please help me...i have iphone 5 locked to sprint..bt cant find a way to unlock it :(
kindly tell me a way :(

Can anyone guide me in buying AT&T or Verizon iPhone? Should I buy it from USA and unlock here in India?

Jailbreaking has legal consequences and there is a law in the pipeline which will soon make it illegal in India. So watch out for it. The Internet landscape can be a Legal Landmine".