What is Windows 8 Developer License

Windows 8 Developer License allows software developers (Windows 8 app developers) to develop Windows 8 style Apps and deploy it on their own computer to test the apps before they deploy through in the Microsoft Store. 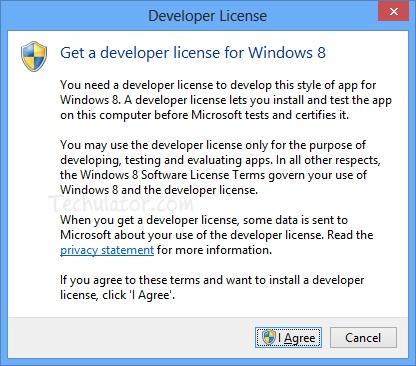 It is pretty easy to apply for Windows 8 developer license and it is a free license. All you have to do is, follow the prompts from your Visual Studio to get the license and login using your Microsoft account.

If you are not automatically prompted to get a license, you can launch it from the menu. Go to the "Store" menu and select "Acquire Developer License..." as show below: 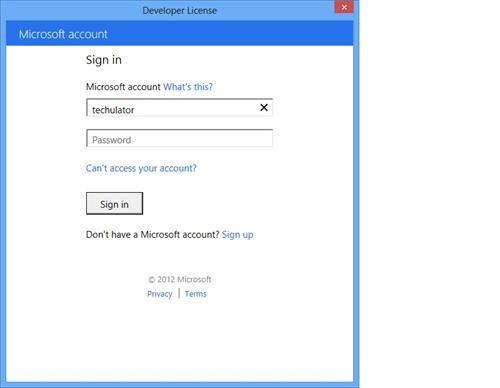 Once you login, it may take a few seconds to complete the registration. At the end of the successful registration for Windows 8 developer license, you will see the following confirmation: 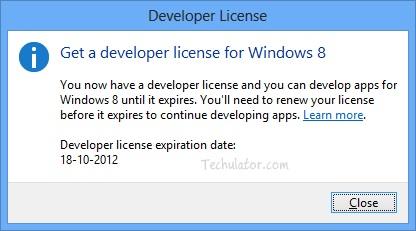 The developer license is valid only for a specific duration and it depends on the license/validity of your Visual Studio as well.

How to get a license of Windows 8 Developer preview article helped me a lot, I bought a latest laptop that was about to install latest Windows OS that way I was planning to install for Windows 8 OS only.

No idea initially how to install Windows 8, after seeing this article with proper guideline with relevant images, I came up with installing Windows 8 OS successfully. Good guideline, thanks.

I am not a developer and don't want a license. How do I get Microsoft off my back so I can get back to playing games?

My new pc has been set back to its factory settings and I have now lost developer app, so unable to use any Windows apps. Please can anyone help me? The pc is only 2 months old and I had a problem with it, so had to restore it. I cannot use any apps whatsoever.

Is it compulsory to have developer license on a machine in which I want to test my app? I want to test an app on my friends machine. He has win 8 but he doesn't have vs.
Can I test app in his machine. If yes let me know the procedure.