Pros and cons of Gateways game
What I liked
I liked the different concept used in this game and other stuff like the graphics and retro mode. The puzzle theme is very good and very interesting to solve it.

Where it is lagging
This game lags in the place where I have not reached yet.

Ratings for Gateways game
This game is superb and deserves a total score of more than 10 in our whole review of this game.

I have been playing many games on the Facebook, iOS and Android. So I thought why not try a new platform after so many games. Gateway is the game which we are today going to review. This is a puzzle category game but do not take it lightly as any other puzzle game. This game is about a scientist named as Ed and somehow someone manipulated his research and the results of this could be catastrophic. What was his research? Was he able to find out who was that person? You will get answers to all your queries once you scroll down the page and learn more about this game. 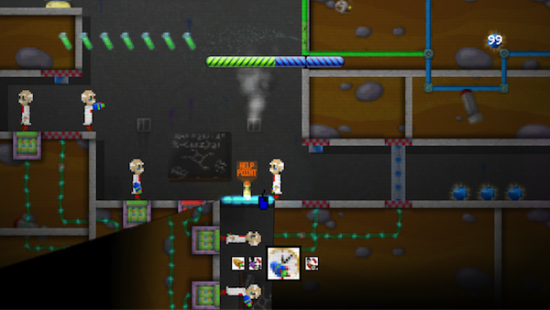 Ed is a good scientist and he is able to make various good products. But one day he woke in the middle of night in his laboratory and he knew that someone has sabotaged his laboratory. Two things which were very crucial in his laboratory were Mankoids (monkey in the robot suits) and his gateway guns. These gateway guns are very dangerous as they allow the user to make changes in the environment around it and also to make changes in time. So he starts search for the items which were stolen from him. The movements of the Ed are very simple and he can jump and go in common four directions. To kill the enemies you have to jump over them and that's all it! You have to very vigilant in your movements because it may happen that the broken pieces in the laboratory may hurt you. The whole game has been interestingly set in the retro style and this is what makes this game distinct from the crowd.

But do not go too deep into the graphics of Gateways game as they will make you emotional by making you remember the old games you loved and will bring back your memory of times when you used to play the Mario. You will get the gateway guns in various places and they all have different effects. One can allow you to travel from one place to another in short time and other one which allows you to play on the two separate screens and you can do more puzzle solving therefore saving time by finding more items. There are no levels in this game and I think this is the best part which is very interesting in this game. There is only one single room and that is all you have to play in. 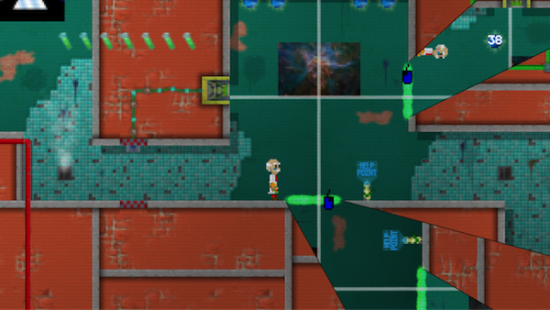 How Gateways game is different from other games

Difference are always there in a game but what matters actually is how good these changes or differences are. Like for instance in this game they have no concept of levels but still they have not let down the user and things like use of good puzzle concept is icing on the cake.

The user interface of this game has no problem in it and has been kept in the simplest possible manner. For instance, if you have the retro mode in this game and this is very good. Sound and graphics as per the game were good and performed very well without any technical glitch in it.