Price of the Samsung SGH E-840 in the market is only 80 rupees, but mobile repair charge you around 450 rupees means 370 extra. Here you can save your money by this simple procedure. 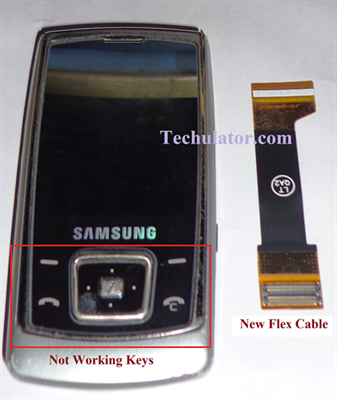 Step : 1
• Switch off your mobile phone by pressing left power for 2-3 seconds. After that remove back cover by giving some pressure in the opposite side.

• Remove sim card and battery and place them in to safe place, as given in below figure.

• As given in figure remove small elliptical cover with help of pin as marked with red circle.

• Remove all four screws at the upper side of the cover and one screw at the bottom of the cover with the help of screw driver. 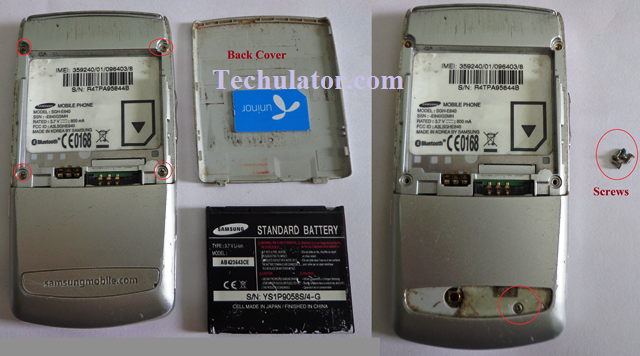 Step : 2
• With the small amount of hand pressure remove the cover from the slot after screws. Keep all removed screws at the safe place, because loss in any single screw create problem during assembly.

• Remove all three buttons like Power On/Off, Camera and volume at the right side of the phone. 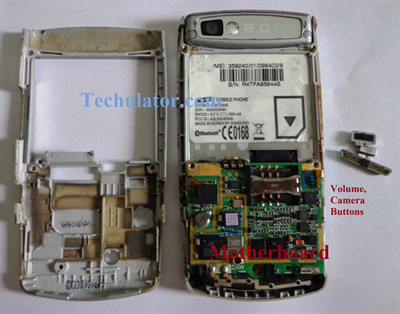 Step : 3
• Remover four screws at the bottom side of the Samsung sticker as shown in figure indicated by red circle.

• Apply pressure at the power cable as indicated by the red circle, which disengage the motherboard from the mobile phone.

• Find out the one end of the flex cable, which is connected with the motherboard remove it from the slot. 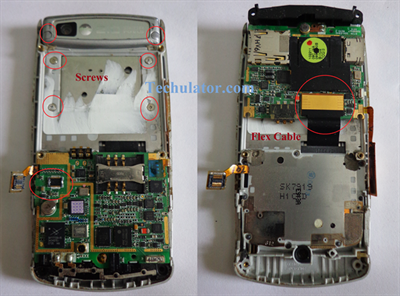 Step : 4
• Move slider in upward direction as indicated by red arrow in the below figure.

• Remove four screws as shown in figure with the help of screw driver. 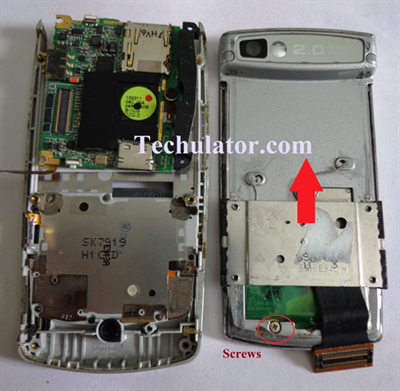 Step : 5
• As indicated in red rectangle remove the second side of the flex cable from the slot, after removing old cable insert new flex cable.

• Finally follow all the steps in reverse and complete the assembly. 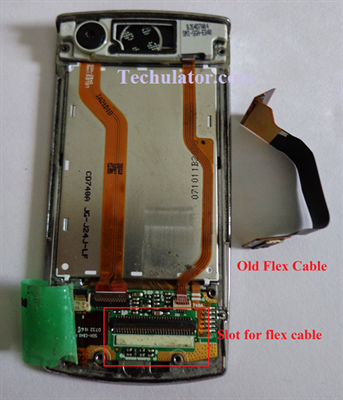