World is changing rapidly with advancements in technology. Scientists & designers from all over the world constantly experiment to introduce something new in the tech world. Companies are always trying to bring innovative products to the market. The reputed brand Apple had surprised the tech world with its new iPhone. Following this trend, Internet giant Google is also launching a new product called Google Project glass.

What is Google Project Glass?

A common man may not find anything special about a glass. But you can blindly say that there is something special in this glass if it is made by Google. Google glass or Google Project glass is not an ordinary glass. It is a specially designed glass for hands free display on smart phones. This glass allows interacting with internet with the use of voice commands. The Google Project glass has sprouted from Google's experimental lab as a part of their project to make augmented reality head mount display. Google may call this Project Glass either as augmented reality or wearable computer. The new Google Glass will provide many functions that are available in computers.

The stylish Google Glass or Project Glass will win the hearts of tech enthusiasts. The project Glass looks like a headband with a pair of glasses. The simple & aesthetic design makes it lovable. The device will have a headband structure with a bended end to hold the glass close to your ears. This will make it easy to carry the device.

Google glass is constructed in headband style. The main parts of the Glass are attached to the right side in a small sheet like structure which gives horizontal support for the glass over your ear. The Google earpiece has a packed memory, processor, camera, speaker, microphone, Bluetooth, Wi-Fi antennas, accelerometer, gyroscope, compass and battery. It is a wearable computer. There is also a small display unit which gives you visual recognition. According to Google, the product is not finalized yet and is in its rudimentary stage. We will have to wait to know more about this new era gadget. Latest reports say that the device will also have a cellular radio for online connection.

The global giant Google has not finalized the product yet and hence we are unable to talk much about the features. Google has officially announced some of the features. So, let's focus only on these features. The Google Project Glass will have a tiny glass which will remain invisible while you drive or read something else. The Google Project Glass has got an effective display and clear audio quality. The device will be very low weight so as to make it wearable on ears.

How the Google Project Glass works?

Google's Android operating system software will be used in these glasses. Android is one of the most popular and emerging OS platforms for mobiles and laptops. Now, this OS will be used as a working platform for the new era gadget Project Glass. To control the software, you will have to swipe a finger on the right earpiece. There is a touch pad which will lead you to menus. Google has planned icons for tasks like taking a picture, recording video, making a phone call, navigating on Google Maps and checking your calendar. Since the device is not materialized fully, let's wait for more updates in future.
You can check this video to find more about the working of Google Project Glass. 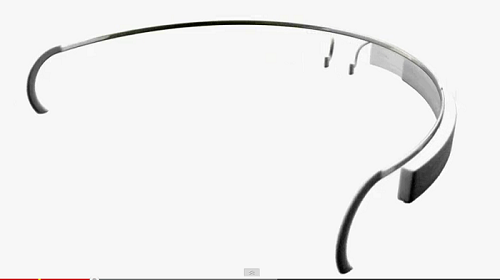 Google Project Glass is in its early stage and has not finalized all features yet. Google Project Glass will be soon available in 2013. Google I/O developers will have to pay a price of $1500 for this device. The customer's versions have been planned to hit the market in 2014. They are also in the initial stage of making and some variations may exist in their price & features. Let's wait for the official launch of Google Project Glass to discover further details.