How to change network from E to H in smartphone

In this article I am going to show you guys how to change network E to H in your Android Smartphones. First of all, you must have an idea about the different types of network. GPRS is a 2.5G wireless communication that is supposed to give you 56kbps - 114 kbps while EDGE is denoted by the symbol E.

The EDGE is the next level up giving you roughly twice the bandwidth of GPRS. On the other end is HSDPA denoted by the symbol H which is the next generation of 3G. It is called 3G+ or 3.5G. It gives you a speed of about 1.8Mbps as per the recently announced HSDPA+ service in Philadelphia for T mobile with 21 Mbps speed. 3G is faster than Edge in every benchmark. It means it is usually prefered unless it is not available or when the signal is too slow or weak.

The EDGE has the upper hand in low signal when compared to the 3G signal. 3G speed falls down in areas where there is low signal strength. Initially, 3G data plans were more expensive but since 4G came, the price of 3G has fallen down. If the phone shows E on the top it means you are going to get a slow browsing speed and if the phone shows H we get a little more speed than E. The steps that should be taken to change the network speed are given below. 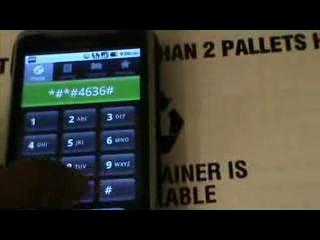 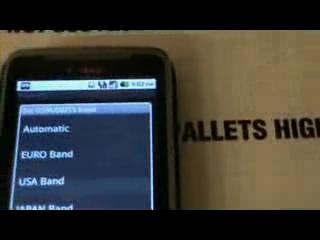 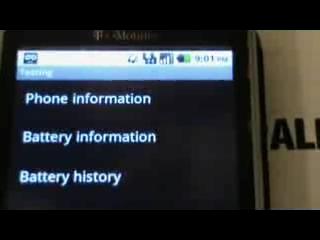 After then a new tab appears where you need to set Automatic. Click OK then a notification might appear. When that notification appears on the screen the edge ie, E changes to H ie, high speed. Now it allows you to browse faster than before when the network is in EDGE. Use this trick to go to 3G so that you can browse faster enjoy.

If you have any doubt relating this article can be asked in the response box.

In this article, I will explain the strange and weird device, 3D picture frame. It device is running on Android Operating System. It is available only in Japan. Its name is NF-300i. It is 7.2 inch display device, that is 800x600 pixels

Hi
This s informative post about the android application. member If you know about Air-push mobile ads then give me some details and tell me how its work and how can I earn tat applications?

Hi,Zanib Kahtoon
You can download that application from the below link

What is "edge"? I'm in Atlanta with AT&T's 4G LTE and it's very, very fast! I use it at my Atlanta hair salon to blow through hair styles online.

When I am dialing that number on my internationl gt i9300 in India and i am using idea carrier then no tab appears. Phone just dial that no as normal call then automatically get cut. Any ideas?

You mean that there is no need to test the run ping test right?

Now when I click on the menu button, it shows the options specified by you. But you didn't specify what all options to select. Like in radio band, what to select - automatic, usa band... Please elaborate. Thanks

I can't get anything after clicking set automatic successful. Please suggest what to do next.

My internet never changes from E to H

Hemant @ Then try changing the Network connection I hope that will help you.

My Videocon A27i mobile the dialing of the *#*#4636#*#* is not possible, it automatically erase all digits.

I am tired of the process. My IMEI turned 00000 and can't receive any network. Can anybody solve my problem?

lilah21 @ It works for android only

I tried it but it doesn't work. It is still E. What to do?

I tried the trick on My Hisense_HS-T830, it display SELECT BAND menu but when I clicked on the menu, a pop-up window appeared that show: Automatic, USA BAND.etc... but when I select Automatic it says: save [Automatic] is unsuccessful. What can I do?

I tried what you have said in my Micromax Bolt A068 but there is no H signal. What I have to do now?

I tried but the network type didn't change to HSDPA

I have HTC hd A9191 but it can't change from EDGE to HSPDA yet other phones of it's exact type have H . I have tried the *#*#4636#*#* trick it doesn't have any provision for me to change to automatic either am just confused with it coz it too slow, intact I can't even download anything of 2mb coz it takes morethan 2minutes. Pliz help.

I already made it but my phone connection is still in edge. What should I do?

I tried this and selected wcdma for 3g instead of GSM that is for 2g only but every time I select wcdma, 4g and LTE its always back to gsm. What can you say? Is there any other way?

It says successfull after clicking automatic but it remains on edge

When I click on the menu button, it shows the options specified by you. But you didn't specify what all options to select. Like in radio band, what to select - automatic, USA band? Please elaborate. Thanks

Will this work on phones with edge only(no option of WCDMA)?

Hello! I loved the post and due to my slow connectivity I decided to give it a try, but when I click on automatic I get this message "set[Automatic]Unsuccessful" What might be the problem?
Thanks for the great post!

Ive already tried it but it only appears like this set[automatic]unsuccessful what can I do next?

I am currently using the Galaxy Note 3 handset. Model SMN-900A. When i am trying to introduce the code from the post it directs me straight to a message indicating that this call cannot be completed as dialed. I am trying to change my network from EDGE to HSPDA.

I did the same as you told but nothing happened. It was still showing Edge. So what should I do now?

What is the reason of 2G mobile device can't change to 3G. Please tell me.

I am having a problem: my EDGE network is not converting in HSPA.

After dialing I got tab and in that I clicked on the phone information. Then I got run ping test and went for menu. In menu, I saw severl options but after that what I should do I do not know. So please guide me on the next steps.

I tried your steps but still the it doesn't work. That is, whenever I select any option apart from the Edge the network goes off. When I put it on auto it picks the 2G. Can I update my software, because the mobile network type on my Android phone is set at Edge?

When I select Automatic it says: "save [Automatic] is unsuccessful." What can I do?

Please explain what is SMSC.

This code is the wrong one. It does not work on my android phone. All those who are experiencing the same problem try *#*#3646*#*#

Priyansha, this code works only for the froyo version of android.

Hello, after going to menu, what should we do? I did not understand your explanation.

Well, it works as you said. So thanks a lot!

I tried what you have said in my Micromax Bolt A068 but there is no H signal. What I have to do now?

I tried what you said on my Blu studio 5C, but after enabling internet no set automatic feature appears.

It is a waste of time. I tried it with my prepaid SIM and my mobile's first slot doesn't read this SIM at all - don't know why? Also, there was no automatic option available. So do not try this method.

When I dial the numbers it appears correctly but the network brand there is only Japan and when I test the ping my IP address cannot be found. My phone is Xperia V. Also, when I change the network type to wcdma/gsm, then my network goes off. Please kindly help me out.

I have done it but still having a problem with Edge - why and what should I do?

It is not working. I have a smartphone and I followed the instructions give, but no change happening.

I have done everything, but why my E sign is not converted to H is what I cannot understand.

I tried that trick, but after that my mobile's first SIM is locked so please tell me how do I unlock it?

My phone is O+. though the code worked for me it is still unsuccessful because the Sim 1 is locked and I am using Sim 2 of my phone which is only for GSM. what should I do to unlock my sim 1 first?., thank You

I tyed what u say *#*#4636#*#* but is not showing niether scrren shot nor succesful. After i type it is back to the dialpad and not showing any thing.