We often come across the term Windows Server many times in our life. So let us know all information and gain some knowledge on this topic here. 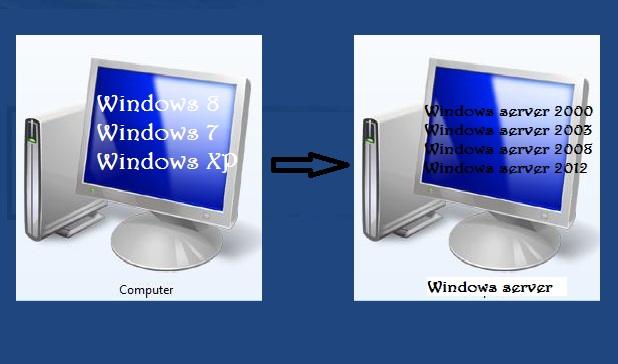 It provides various services to its clients and manages the clients too. So if you have an organization where you need to manage number of computers and peripherals, then you need a server to do it more easily and effectively. So now you might be thinking how many versions available in Windows server and which one is best to have.

First server was launched in the year 2000 by the world's leading company, Microsoft under the name of Windows 2000 server. After the successful launch of this version, Microsoft has updated many features and it released Windows Server 2003 in the year 2003. After a while again many started to feel that Windows 2003 server is not sufficient for the demanding networking field. SO once again Microsoft has launched new version. In the year 2008, Windows 2008 was launched which had most useful services to offer to the administrators and big organisations to meet their official requirements in best possible way.

Currently Windows 2012 server is the latest one which is released by Microsoft. In this latest release, Microsoft has improved a lot of security features and other services to provide good security for the data and network. Typically a Windows server has web hosting, IP resolution, domain controller, and other features to maintain and manage a bunch of computers in efficient way.

It offers domain controller service as a major feature. Domain controller service will enable the administrator to add and remove the users in a Domain. Also administrator can lock the account or he can reset the password of domain users. Administrator can update the various Windows components of domain client computers with the help of Windows server. This updation helps in patching up the various security holes and simultaneously it will enhance the security. IIS that is Internet information Sharing service is also very important feature of a server. IIS is used to host a website on the server. Once a website is hosted in IIS server, anyone who has the access to the server can access the website with ease.

Windows server does provide File Transfer protocol account by which the users can share the files and folders on the server. These shared files and folders on FTP can be accessed by the authenticated users and make use of easy file sharing option available. So with these excellent features, it has gained more popularity among all companies which has computers or laptops in to organise various levels of employees in an effective and useful manner.

Thank you for the valuable information about the workings of Windows server.

This is very useful information on the working of Windows server. Thanks!

Thanks for the article on the working of Windows server. Very informative.

Your post will help novices understand easily for other department men like me (I am a telecom technician) as even I do not know about servers. I want to know more about servers.

I was always wondering what are the subtle differences between a stand alone computer and a server.
This article has helped in getting clarified many concepts regarding server features and its scope of functioning.
Nice article and nice narration.