In my previous article on gaming laptops, I explored Best Gaming laptops from Samsung, this time I am focusing on Toshiba gaming machines. Many awesome gaming ultrabooks are going to strike the market very soon. Many laptop manufacturers unveiled their amazing gaming laptops.

Toshiba is one of them which announced two remarkable gaming laptops equipped with all gaming features one expects from the latest gaming computer. A perfect gaming laptop features crispy and sharp display screen and touch screen ability adding more flavor to it and providing ultimate gaming experience to a gamer and the Windows 8 upgrade capability to Windows 7 OS computer can be added advantage for users.

In the expensive Gaming laptops list from Toshiba, first I am describing about 15.6-inches Toshiba Satellite P850 gaming laptop priced around £600 operating on Windows 7 and powered by quad core i7 processing capability. 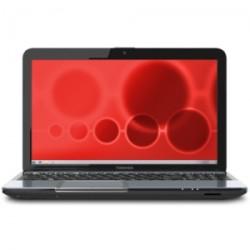 One of the Satellite model from Toshiba with P series named – P850 with the price range of £600 has recently been unveiled. The laptop is built to operate on windows 7 platform with eligibility to upgradable to Windows 8, powered up by quad core i7 processor and best connectivity options. Let us have a look over specification and reviews of Satellite Windows 7 laptop.


Toshiba recently uncovered 15.6-inches Satellite P850 laptop with 1366 x 768 pixels of resolution and Full HD TruBrite LED Backlit plus 16:9 aspect ratio supporting up to 720p contents is one of the best gaming gifts from Toshiba. 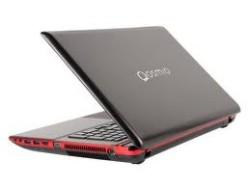 The Toshiba device is dimensioned to 148x272x43mm and has dark grey aluminum lid with a red glowing Qosmio logo at the center of the lid and there are 2 quick buttons over machine for power and 3D features. The Toshiba Qosmio series machine is handy with weighs to 3.42kg laptop and lightest among such configuration gaming laptops. The Dell's Alienware M17X Gaming Laptops is 4kg in weight while Asus G75VW weights to 4.5 kg sufficient to clear above statement.

The Qosmio X870 machine from Toshiba features large 17.3-inches display with 1,366x768 pixels resolution of screen so, takes on your desktop for replacement.

The Toshiba machine also sports stereo speakers, VGA plus And HDMI video display ports, headphone/microphone jack with a blue ray rewritable drive. For complete gaming entertainment, the laptop is packed with subwoofers capable to reproduce audio tracks and crystal clarity even at the highest volume.

The Toshiba Qosmio X870 laptop comes with one-year warranty for parts, regional, carry-in and even labor warranty. Not only this, a customer can even customize his system warranty plan - including accidental damage as well as recovery services also.

Cons:
- The major drawback of the system is its poor battery backup.
- Performance takes a hit when 3D features enabled on the machine.
- No SSD upgrade option.

Find here excellent review on Qosmio X870 laptop with its specs detail, also got Toshiba's P850 specs and review. Totally, this article helps me to get two products specs and reviews, great work.