The most speculated and the most searched smartphone by Nokia has at last hit market today. Nokia has revealed its first handsets loaded by Microsoft's new Windows Phone 8 OS. The Lumia 920 will be Nokia's new lead Windows Phone and has included some remarkable hardware specs to match. In the last quarter Nokia's earnings came down by 1.41bn euros (£1.1bn). Nokia Lumia 920 will get head on competition from HTC, Apple, LG, Samsung with their new launches scheduled in next 3-4 weeks. 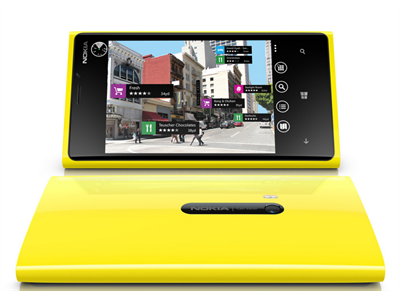 The Nokia Lumia 920 comes with a "Pureview" 8.7 MP rear camera which captures better videos and still pictures than any other smartphone in this segment. It comes with 1.3 MP front camera. Nokia claimed that Lumia 920 could click up to 10 times the amount of light than any other handsets in the market.
The advantages are clearly brighter and richer indoor images than some SLR's in the market which cost much higher than Lumia 920.

Choose among your favourite colours. The smartphones comes vibrant colours with one-piece polycarbonate body and will be offered in yellow, red, white, grey, and black colour options to choose from. 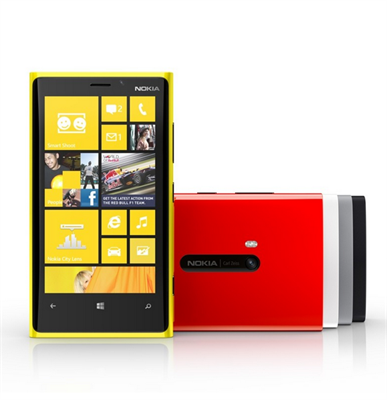 No official words have yet been heard on pricing details of Lumia 920.

As far as looks are concerned, the phone comes with many vibrant colours to choose from. Whenever you go to buy a smartphone you first check its look and then go ahead for its specs. As said "First impression lasts long".

Words from Analysts on Nokia Lumia 920-

Tony Cripps, principal analyst at tech consultancy Ovum said
"The company's focus on improving the imaging capabilities of its smartphones is a reasonable strategy in an age when meaningful differentiation between different makes of smartphone can be hard to identify," He added "There could be also a real opportunity here for Nokia and Microsoft to exploit any shortage of Samsung's Android-powered smartphones in the market following the US court ruling against the Korean giant in its patent dispute with Apple, although anything too blatant on that front would seem like a low blow."

Rory Cellan-Jones,technology correspondent said
"Nokia's new smartphones feature all kinds of impressive technology from a company which has always been an innovation leader in its industry. From the augmented reality City Lens app, to wireless charging and the PureView camera software, Nokia is promising consumers that its Lumia 920 will deliver better experiences than is available on rival smartphones."
Source-BBC news

This may become the best selling from Nokia in near future with such high end features but my favourite remains Sony Xperia U.
For more information on Nokia Lumia 920 stay tuned with me.