Let us see the specifications, features and price speculations on the upcoming Windows 8 phones one by one. 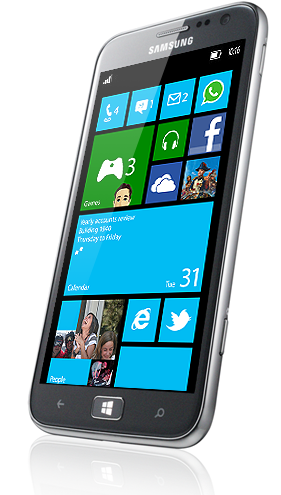 Samsung has entered into the pages of history by announcing world's first Windows 8 phone, Samsung ATIV S Windows 8 phone officially. The phone will be powered by Windows Phone 8 operating system with elegant 4.8 inch HD Super AMOLED display. Snap Dragon 1.5 GHz processor is the heart of the phone with great performance guarantee. Samsung ATIV S Windows 8 phone has good support for major audio file formats such as MP3, WMA, MP4, M4A and AAC so that you don't worry to download third party software application to play the music files in different formats. 3.5 mm jack will be useful when you want to plug in your existing favourite headphones in the phone.

Nokia's Lumia 1001 and Lumia 920 Windows 8 phones are making many high end mobile users and techies eager as now and then the photos are leaking on the internet. With the leaked photos of these phones, look of these phones resembles to the earlier versions of Nokia Lumia series. 41 Megapixel camera buzz have sparked much curiosity among all as it will be an added advantage of having 41 Megapixel camera integrated in your Windows 8 phone itself. Features seem to be similar to that of Samsung ATIV S Windows 8 phone to greater extent. What to expect from these upcoming Windows 8 phones from Nokia is robust body and long lasting battery back-up in which Nokia never failed will now. So let us wait and watch for the Nokia to come up and announce officially about these Windows 8 phones. Till now we have to go on with the rumours and speculations only. According to insiders, Nokia may fix up the price of Nokia Lumia 1001 and Lumia 920 at 800 USD and 750 USD respectively.

In general, Samsung's upcoming Windows 8 phone will be the best bet as Samsung has been consistently economical and providing lots of features to the consumers. And Nokia will be the second major favourite bet when it comes to choosing and buying an upcoming Windows phone 8 as it will be robust and user friendly with long lasting battery back-up. But if you are internet savvy, then HTC Accord Windows 8 phone may win your heart. So we have to wait for another couple of months to have a Windows 8 phone in our pockets. So let us see which phone will make a place in the consumer's heart and which fails to do so.