In a calculated move Samsung has drifted from Google's Android to Microsoft's Windows by announcing its latest Windows 8 all-in-one computers. The recently unveiled Samsung Windows 8 powered products are called ATIV! The ATIV products have the newest Operating System, Windows 8, Windows RT and Windows Phone 8 OS. Consumers who are looking forward to these products need not wait very long. The complete range will be available in October this year.

Both the smart gadgets come with the convenience of a tablet and perform like a PC. The screens of both the gadgets can be disconnected from the keyboard, making them function in dual modes – Like a tablet or a laptop.

The Smart PC is a basic model tablet which performs like a PC. It is powered by the Windows 8 operating system but is also compatible with the older version of Windows 7. Samsung is pre-installing the Microsoft Office and Student 2013 RT in the hybrid all-in-one.
Further, it is driven by the next-gen Intel Atom Processor. There is an 8200 mAH battery installed in the gadget which reportedly has a life of a whopping 13 hours. It has an 11.6" High Definition LCD display. 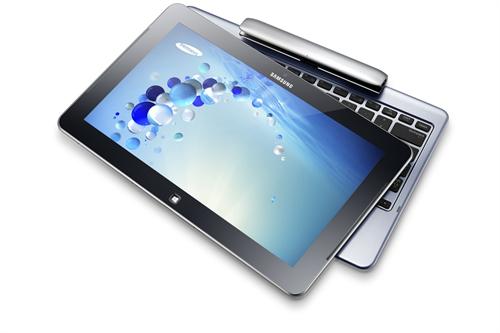 The thickness of the tablet is a mere 9.9mm and at 570grams the tablet is light weight. Keeping with what is trending Samsung has provided the device with 10 finger multi touch control in addition to a stylus pen that can be used on the touch screen to write and perform specific functions.

The docking system on the separable keyboard supports SkyDrive and USB 2.0, mHDMI and miniSD port. Along with this there are cameras included on the face of the PC and at the back.


The Smart PC Pro is more advanced than the basic model. It has an Intel Core i5 Processor and runs on the Windows 8 OS. It continues to remain compatible with Windows 7 as well. It also has an 11.6" Full HD display (1920x1080). The battery life is 8 hours which is considerably less when compared to the life of the battery in the basic model. The PC Pro has a 4 GB RAM and 256GB SSD hard drive; with USB 3.0 and mHDMI and miniSD ports. 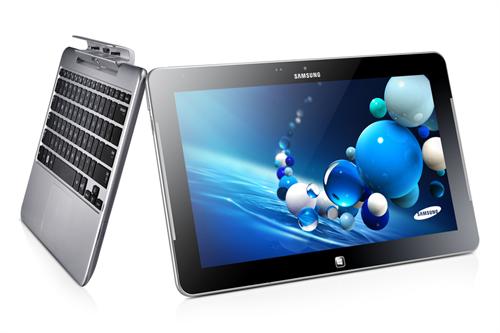 The Pro weighs 884grams and has a thickness of approximately 11.99mm. It has the usual 10 finger multi touch control option and has an S Pen which can be used for writing on the screen and doing other functions. There are cameras incorporated in the back and front of the device. 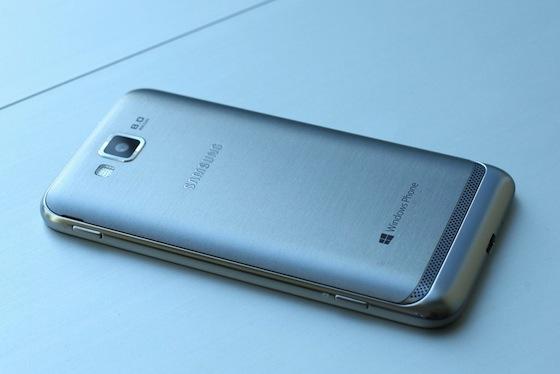 One of its most fabulous features is the 4.8" Super AMOLED display with a corning "Gorilla" glass. Like the Smart PC's the smart phone too has two cameras installed. The camera on the face of the Samsung Windows 8smartphone is a 1.9 megapixel VT camera. The camera fixed in the rear is 8megapixel with LED flash available. The phones dimensions are – thickness 8.7mm, length 137.2mm and width 70.5mm.

Introducing the Windows powered devices appears to be a smart move by Samsung. It would be right to say it kills two birds with one stone. It reduces its dependency on the Google Android and more importantly increases its presence in the market by giving consumers an option of owning a Windows powered Samsung device.