Microsoft has recently announced their latest Moblie OS, which is the Windows Phone 8. The new OS comes with a lot of features that may take over the whole smartphone industry. Alng with the announcement of the OS, many smartphone manufacturers have also shown up with their latest devices running on the Windows Phone 8. Among them Nokia, Samsung, HTC, Huwaie are on top. And in this article, we are featuring the latest WP8 device of HTC, which is HTC Accord. Read on to know the complete features and specifications of the device. 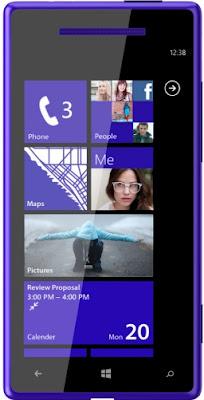 Display ad Design of HTC Accord

The new Wp8 device from HTC is a smartly designed device. And from the first look, it reminds the 'Nokia look'. It has the same body shape and design as that of the Nokia. But we are not saying it is a complete xerox. But this may seem like it. The device comes with sufficiently large dispaly of 4.3 inches and is of 720p HD Super LCD 2 technology display screen. And that what we call, the technology. They are bringing the new technology to the device, along with the latest OS loaeded on it. As we can see the device is of bar type, with touch interface, and have no physical buttons on the front of the device. On the bottom, there is three touch sensitive buttons for the back, home and search functions. The device totally gives a good and stylish look and in pleasent colours, the device will attract the crowed.

Processor and Memory of HTC Accord

The HTC Accord, loaded with the latest WP8, comes with pretty cool hardware features too. As we saw earlier that, WP8 supports mulit-core processors, the device itself will surely come with one of those. And that is of 1.5 GHz Dual core Krait Processor. The device may have 8/16 GB as internal storage and it also comes with expandable memory, which is not yet found on any other WIndows Phones, and it also comes with Hot swap feature. It is said that the new HTC Accord has 1 GB of RAM. And these features are enugh to make the device a high end smartphone, along with the new OS.

Camera and Connectivity of HTC Accord

The HTC now, comes with apretty good camera in HTC Accdord. And this is much impressive compared to the other WP8 phones which is about to be released along with it. The device itself is a dual shooter, with a 8 megapixel camera on the rear, capable of capturing videos of 1080p clarity and can also capture images in high quality. The HTC Accord comes with attractive connectivity options too. The device supports Bluetooth v4.0. It also comes with Wi-Fi of IEEE 802.11 b/g/n. It has USB connectivity, and supports USB charging too. It has DLNA too. It is facilitated with NFC also, making it a smartphone with no shortage in connectivity.

The HTC Accord has a bunch of sensors placed for various purposes. It includes Accelerometer, Ambient Light Sensor, Proximity Sensor, Compass etc. It supports almost all document formats like MS office formats, pdf, zip, txt, rtf et. It comes with inbuilt browser, which is Chromee Lite and support HTML 4.0, XHTML 1.1 and WAP 2.0. The device runs on a Lithium Ion Battery. There is no news about its price and the device is expected to hit the markets nearly on the last of 2012.