The Windows 8 mobile operating system is buzzing around not just because it is the being touted as the hottest OS release this season, but also because various mobile manufacturing giants are coming up with new smart phones embedded with the same operating system. The most sought after devices having the Windows 8 mobile operating system are the Nokia Lumia 920, Nokia Lumia 820, Samsung ATIV S, HTC Accord etc. the latter is formally announced, however the former awaits the official announcement of the device by the company. However both are speculated to be released by the release of the Windows 8.

Although the devices are not available in the market yet, they are in constant news for what they offer and what they don't. And in that news and leaked stuffs, we have seen almost all the features, that are going to be on the new Windows Phone 8. And the things that we do not know yet are its pros and cons. And the discussion is still moving on this topic. And this is now happening all over the planet. Those who are planning to buy a new Windows Phone 8 device should read it. Because, before selecting it, we have to go through not only its advantages, but the disadvantages too. A few of the disadvantages.. actually, they can't be considered as the disadvantage, they are just limitations. And now, we are going to have a look at this. Let's see what are those limitations. We all know the features of Windows 8, let's find out they don't want us to know.

Problem with the Livetiles in Windows Phone 8

The other big thing is that tiles can be chosen for three different sizes which means if the user wants to accommodate large number of tiles then he will be required to choose the smallest possible sizes for most of these that will make the smaller tiles leaving with no "live- feature". That is if the message tile is small then it will not show any update on the screen itself until it is opened and viewed by the user. Therefore a futile effort. So however exciting it may seem that the device is loaded with the tiles feature actual performance will be seen only in user's hands. 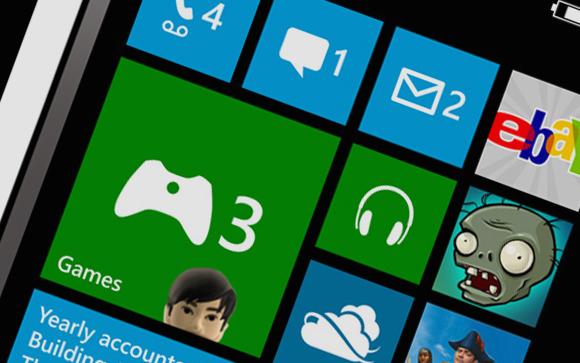 Another big issue with the Windows 8 mobile phone is that it does not show the users how to use it being a smart phone. Another important thing is that Windows phones have only captured 3.7 percent of the global smartphone market, according to Strategy Analytics. Android phones have 68 percent, while Apple has 17 percent, which makes things difficult for the users in terms of applications and other internet services.
Although the mobile manufacturers have tried their level best to incorporate the latest and best technology available to them in these phones, these phones (Windows Phone 8) have some serious flaws. All these devices are bluetooth devices and they completely eliminate the use of dongle for internet connection and hence allow the access through the bluetooth pairing. But this mean these devices will not be allowed to use on aircrafts as wireless devices are not permitted to even if there is Wi-Fi on board.

Anyway, these are just the limitations that we came across while looking deep into the latest mobile from Microsoft. And the above mentioned are not official too. And these can't be considered as its limitations or its disadvantages, because the OS is not yet released. And in the full version, they may clarify these limitations. Some may find no problem in these limitations, and they can adjust with them too. We say is that, you not just go for the good features, look out for the limitations too. But in case of Windows Phone 8, the decision can only be made after the official release. For more updates, keep in touch. Therefore it thus remains to be seen how this device is going to perform in the user's hands with these pitfalls in the way.

I totally agree for problem #1 .As a developer, we always think twice to develop in kinda new thing .
but, I think the other problems is yours .
I mean :
#2 whats the problem w/o start button ?
#3 so, do you want to show all the message while using 1x1 tile ?for me, it'll hurts my eyes .
#4 popularity ?

The most disadvantage of WP is you cannot "kill" an apps with "one-shot", like older iOS .

This is very stupid type of comparison, there is no need of start button & see all message together etc. About applications, 100,000 apps is ok because 80% apps of all system including iOS & Andriod are useless. Study in detail before compare any product with other.

Information shared in this article is really good. What are advance features of new Windows 10 OS.